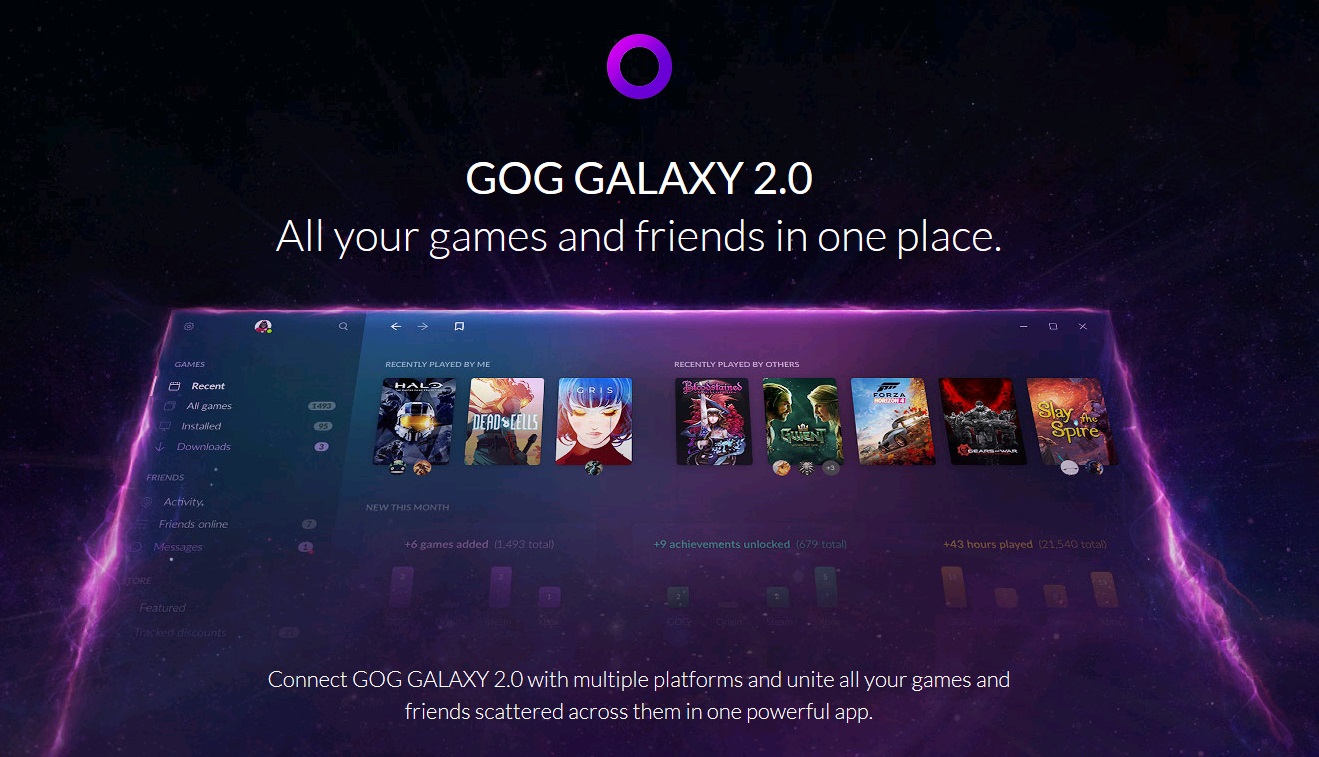 GOG announced the availability of a new update, code-named Atlas, for the Galaxy 2.0 client. There are some brand new features such as Global Search and Grid and list vies customization.

The Galaxy 2.0 client is still in beta, with the ambitious goal to create a bridge between all the platforms (PC and consoles). Check out the full Atlas changelog below.

Find games, friends, or metadata with the new search button (or Ctrl+F/CMD+F). Quick actions like launching games or starting a chat are also available from Global Search.

Games found with Global Search can be marked as owned, and then linked to an executable for launching and game time tracking.

Manage your active, queued, and completed downloads from a new section that appears in the sidebar automatically (for GOG.COM games only).

New columns are available in the library list view. Reorder and toggle columns in the list view, customize additional info shown in the grid view, or sort and group with new options.

Known issues: ● All Games view - some games may appear as “Unknown” in the games library ● Friends Recommendations for platforms other than GOG.COM are not always displayed correctly ● All Games view - some games and DLCs may appear as duplicates in the games library ● Recent view - certain games may not show up in the “Recently Played” section ● Game view - certain games lack “Friends playing” and “Friends activity” information ● The option to close another gaming client after exiting a game is not yet available ● Certain features from GOG GALAXY 1.2 are still missing (manual game update notifications, access to extras and backups) ● Syncing bookmarks between devices is not yet available

General: ● Added the Global Search feature, allowing you to easily find games and friends ● Added the Downloads view for GOG.COM games ● Added the “What's New” window that highlights new features
● Upgraded CEF to version CEF3729 ● Fixed a bug with the history navigation buttons being disabled when you are offline ● Improved reconnecting from offline mode after sleep/hibernate ● Improved start-up performance

Games: ● Added game time tracking for manually added games ● Improvements in the “Last Played” date handling ● Fixed a bug where 0% achievement progress was displayed for some GOG.COM games that don't support achievements ● Enabled editing of the release date ● Fixed a bug with incorrect size for covers in the Game Edit window ● Fixed a bug causing the occasional incorrect recognition of Cyrillic input

Bookmarks: ● Each bookmark now has its own view settings ● Added the ability to rearrange bookmarks via drag and drop