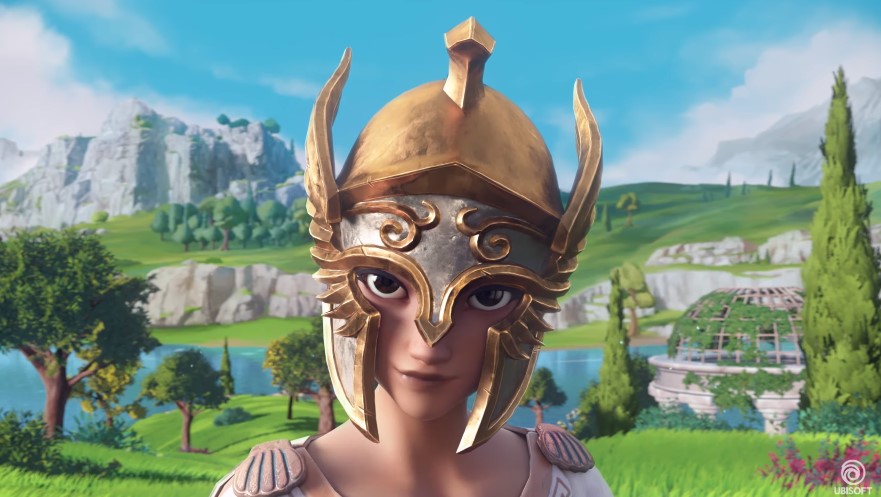 Ubisoft's E3 2019 press conference was good this year, but decidedly realistic and grey. Rainbow Six? The Division? All pretty gritty and dark, which is why it felt refreshing when Ubisoft ended their show with a game saturated with colors. Finally, Ubisoft, thank you.

Gods & Monsters is a brand new game, introduced by Marc-Alexis Cote, a Senior Producer at Ubisoft who is known for working on Assassin's Creed: Syndicate as a Creative Director. The game certainly washed over the audience with a wave of colour and ended the show on an incredibly memorable note.

Cote talks to us about mythology and stories, which are clearly a massive inspiration for the brand new title. The trailer looks like concept art in motion, with lush fields of grass, sparkling, clear water, and ancient Greek-style pillars lying in ruins. Your protagonist is decked out in ancient armor and faces off against a giant mythological beast.

Ubisoft has a tendency to make us wait for games they announced - remember Skull & Bones? - but luckily we won't be waiting too long for Gods & Monsters, as it's already slated for a February 25th, 2020 release date, on PlayStation 4, PC, Xbox One and Google Stadia.

Games press were able to view Gods & Monsters at a behind-closed-doors event, though weren't able to play the game.

Gods & Monsters is an open world action RPG and will see the protagonist traveling across a large world, encountering myths and legends, all while defeating monsters as intimidating as the world itself.

It looks stunning and is a great game for Ubisoft to end their conference on, though some Assassin's Creed fans may have wanted the team to work on another entry in the series.

What do you think? Are you excited for Gods & Monsters? Let us know in the comments below, and stay on Wccftech for more from E3 2019.