The God of War series, no matter how frustrating a platforming adventure, was still one of the finest story-telling experiences ever created. I was enthralled by the way in which it presented semi-accurate Greek mythology intertwined with some very exciting, fast-paced and incredibly violent combat-sequences. 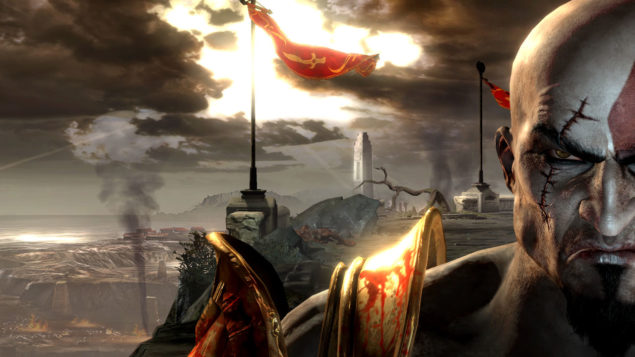 God of War III might be the last adventure of Kratos, but how shouldn't this novel storytelling approach live on?

The fate of Kratos is unknown, but his final act of violence concluded his long journey of vengeance. So what of the God of War series? The wildly imaginative way in which the story was conveyed was ground-breaking, so why can't that vivid style live on with another mythological backstory?

There are so many great directions that can be explored with that particular style in mind. We could see it expand upon the Greek pantheon, though they are now all *spoiler* completely destroyed in the wake of Kratos' vengeance. It wouldn't quite be right to have Kratos make a comeback after the dramatic exit he took. Instead it would only be fit to keep his whereabouts and status a mystery, as that would add even more to the mystique of one of the best personified heroes ever.

Kratos doesn't need to come back. Instead we need something different.

Take that theatrical flair and apply it to a completely different mythos that perhaps even connects to Kratos, weaving an even bigger story that connects different parts of the world, different polytheistic mythologies, to Kratos, eventually revealing his fate.

But regardless of any connection, that narrative style that was used would work well for just about any mythology should it be applied with just as much adeptness. Imagine an exploration and adaptation of the story of the old Norse gods. Instead of a story of vengeance, perhaps one even of a lost chance at love by Askr as Embla is instead lost in the fires of Ragnarök. Askr could instead go on a violent journey to find her through various trials and tribulations, hopefully with QTE's properly modified.

If that doesn't resonate, then maybe delving into the ancient Egyptian lore. Mafdet, the goddess of legal justice (or of execution) seeking retribution over being replaced by Bast, wreaking havoc on the early pantheon of Egyptian deities as part of her plan to reclaim her dominance.

If handled very carefully (and with specific permission of course) then perhaps even Native American mythology could be a topic that would be enhanced by this type of dramatic narration. That topic could only be handled with the utmost of respect, however, and might not necessarily be possible.

Really any histrionic story from our past could be used as a basis for the next entry in the God of War series, or at least as a spiritual successor. It need not have the same name to share the same characteristics that made God of War so incredibly magnificent.

But regardless what direction is chosen, the God of War franchise should live on with or without Kratos. His story has come to a logical and very striking way, so why not write someone else's in much the same way?