Godfall Launches On November 12th On PC and PlayStation 5 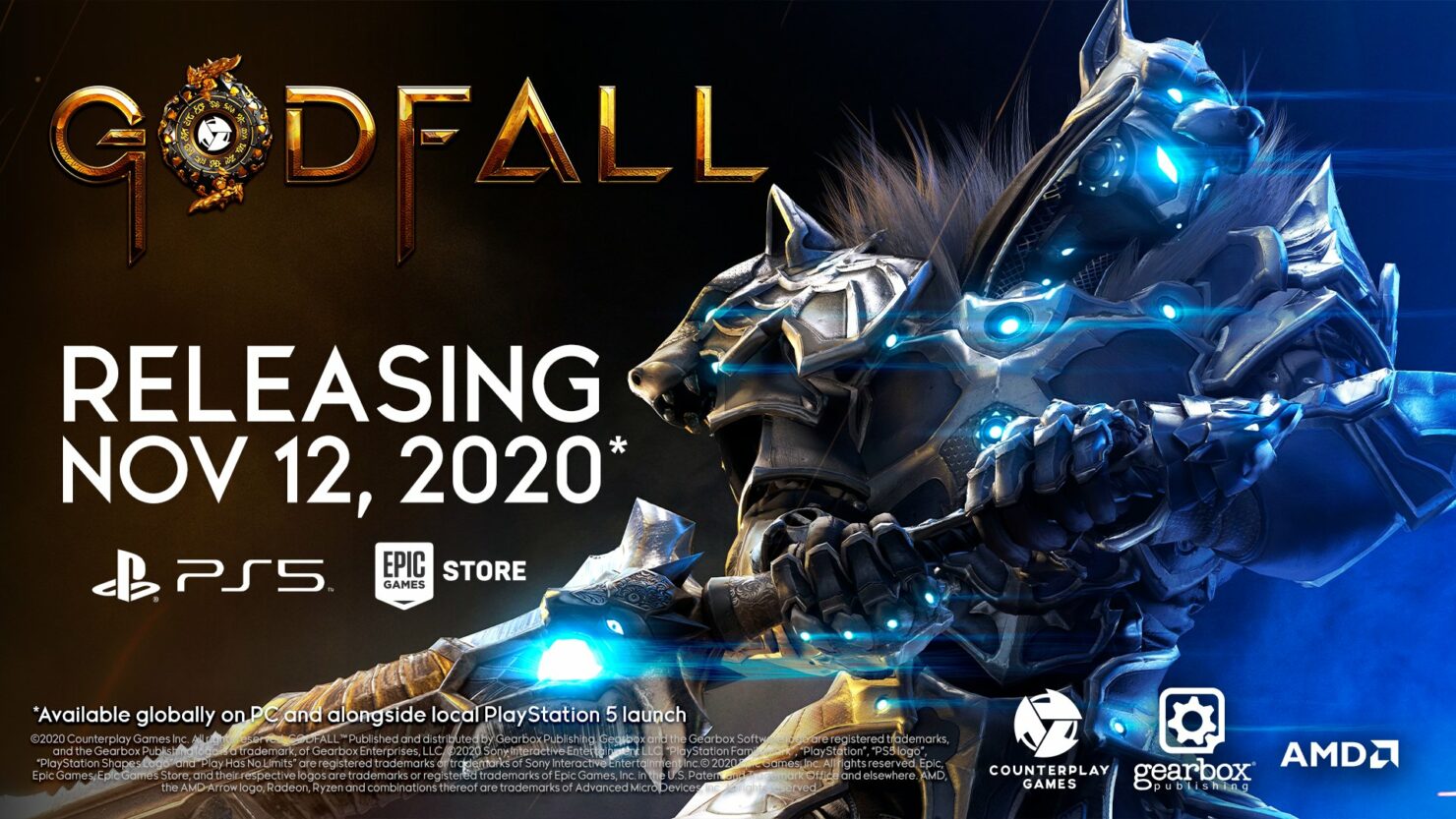 Gearbox, who will publish the game, has also provided a new overview of the game, which you can check out below.

Godfall is a first-of-its-kind, looter-slasher, melee action RPG. Aperion is on the precipice of ruin. You are the last of the Valorian knights, god-like warriors able to equip Valorplates, legendary armor sets that transform wielders into unstoppable masters of melee combat. Tear through foes as you climb through the elemental realms and challenge the mad god, Macros who awaits you at the top. Coming to PlayStation 5 and the Epic Games Store in holiday 2020.

Developed by Counterplay Games and published by Gearbox Publishing.