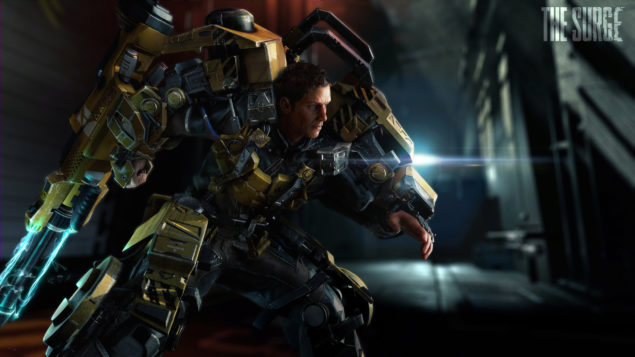 This is our first look at the hero of the upcoming action RPG title The Surge, by German studio Deck 13 (the developers of Lords of the Fallen). Seems like a decent guy.

Looking a bit like Willem Dafoe's illegitimate sci-fi son, The Surge's hero comes fully equipped with a long shiny gun and a body-hugging suit of what legally probably can't be called power armor. We think he might be compensating for something.

Mixing hardcore action RPG combat with makeshift industrial weapons, players are met with an enemy dismemberment system that'll see limbs flying all over the dystopian Earth. You'll have to upgrade your parts as you play, offering new techniques and powers. 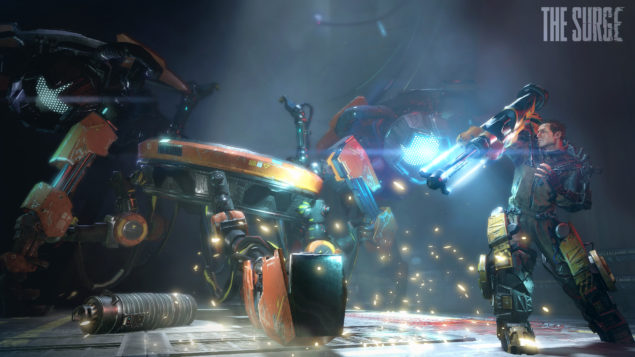 On the brink of collapse, the Earth has fallen to the twin challenges of a rapidly ageing society and massive improvements in technology. Like Wall-E, but you're going to get your ass kicked.

When fighting enemies, you can target specific parts or limbs to recover specific pieces of armor, weapons, or equipment you want to attach to your own exoskeleton. Of course, the best parts will often be the hardest to cut off - and they'll usually be attached to the most dangerous enemies! Even the most common enemies can prove deadly, and the game features imposing bosses who will truly put your wits, guts and reflexes to the test.

The Surge is expected to be available in 2017 for PC, PlayStation 4 and Xbox One.