God of War Is “Another Technological Achievement” For PlayStation 4; Full Tech Analysis Shared 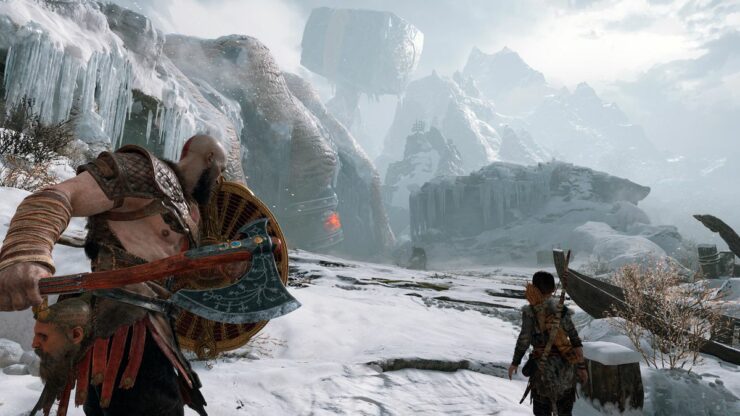 Sony is definitely pushing things forward considerably this generation with some of its PlayStation 4 exclusive titles. Following Horizon Zero Dawn, God of War is another technological powerhouse that can only be played on PS4 and PS4 Pro.

A few hours ago, Digital Foundry shared its full God of War tech analysis, noting how the game developed by Sony Santa Monica is a stunning tech showcase for the PlayStation 4. From details on characters and enemies to animation, cinematic sequences and environment, the game manages to reach new heights.

Digital Foundry also took a good look at performance, confirming that Favor Resolution mode does have some framerate drops in some effects-heavy scenes.

When selected, the frame-rate is capped at 30 frames per second to deliver consistent frame-times - unlocked frame-rates have been a staple of the series in the past and for those that prefer this, the performance mode is available, though it's clear that the team has focused on delivering high-end visuals rather than targeting higher frame-rates.

When using checkerboard 4K mode, the game does a reasonably good job of holding steady at 30 frames per second in most scenes, with even intense battles that pile on the visual effects sticking mostly to the target frame-rate with only small pockets of dropped frames. It's not quite perfect though, and some effects-heavy scene will see performance drop. Thankfully, this is more of an exception than the rule and most of the game delivers a stable 30 frames per second, but it's not a perfect lock.

God of War launches next week on PlayStation 4. Check out our review to learn why Kratos' latest adventure may be his best yet.