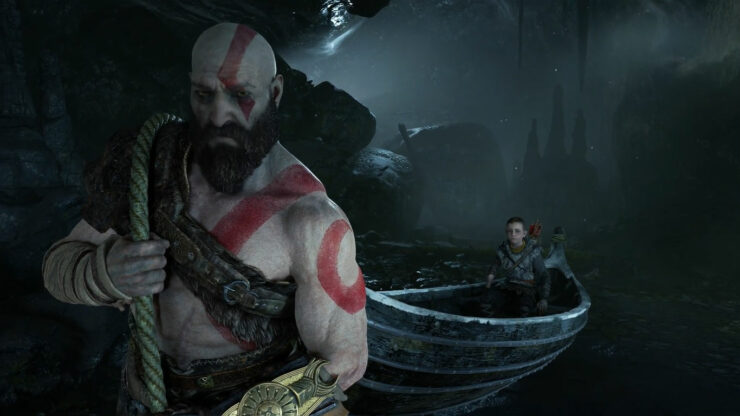 God of War, the new entry in the series starring the God slayer Kratos, is going to be released soon on PlayStation 4, and there's still a lot we don't know about the game. New Game Plus, a feature present in some of the past entries, is something that has yet to be confirmed officially, and it seems like the new game is going to sport something slightly different.

Answering a fan's question on Twitter, Director Cory Barlog stated that God of War will feature something a little different that will allow players to continue playing as they have put much beyond the main quest.

hmmm..we have something a little different. It's more like keep playing when you finish because there is so much stuff we put in beyond the main journey!

The wording seems to hint at content that will be available only after completing the game, and another tweet from Barlog seems to confirm so.

yup! Dont want to spoil anything by getting specific, but there is.

On a related note, Cory Barlog also discussed the game's ending in a new interview with the Daily Star, saying that it will be cliffhanger and natural conclusion both.

Daily Star: In terms of the ending, where does this sit in the spectrum of God of War games? Because I remember you telling me previously how much you loved your cliffhanger style ending from God of War 2.

Kratos heading up to Olympus ready to bring the rule of Zeus crashing down. Are you simply teasing a direction you're taking this new God of War game or will you give fans a meaty ending like that which you so enjoy?

Cory Barlog: It’s both. So you get a bit of that and you also get the natural feeling of a conclusion to the game's story. And then, like I said, I have never in anything I’ve ever worked on put as many secrets in a game as now. They're literally everywhere.