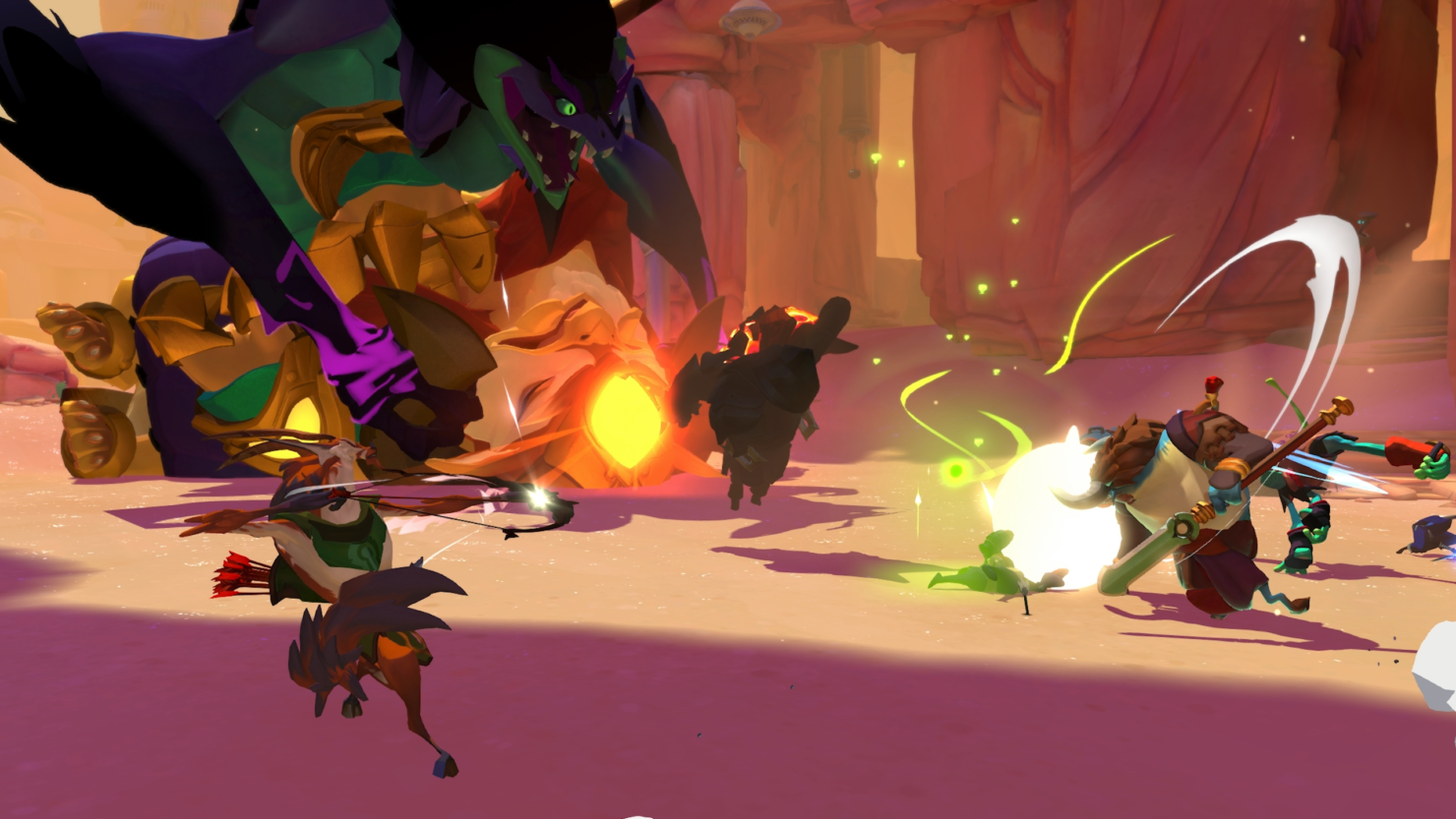 [Update] Following the news of Motiga's staff reduction and Runic Games Seattle office shutdown, Perfect World Entertainment has reached out to us with an official statement regarding the matter.

Following the news that Motiga has reduced the staff of its studio, Perfect World Entertainment can confirm that as the publisher of Gigantic, the game will continue to be available on our platforms. A core team of developers remains at Motiga, who will work with us to support the game and its players, including moving full steam ahead with the upcoming November update and future content. We cannot thank everyone enough for their contributions in making Gigantic the outstanding experience it is today.

Perfect World Entertainment recently closed the Seattle office of Runic Games as part of the company’s continued strategy to focus on online games as a service. We’re grateful to the team for all of their hard work bringing incredible experiences like Torchlight, Torchlight II and Hob to life. Runic Games will remain a part of Perfect World Entertainment’s portfolio of studios, and its games will continue to be available to players, as we stay committed to supporting and growing Runic Games’ beloved franchises.

The staff reduction at Motiga and the closure of Runic Games Seattle were unrelated. Perfect World Entertainment stands committed to delivering the best massively multiplayer online gameplay experiences to our players

[Original Story] Motiga, the developer behind the free to play strategic shooter game Gigantic, has been shut down, according to reports.

In a statement sent to Destructoid, Motiga founder and CEO Chris Chung revealed that the decision to shut down the studio was a corporate one taken by publisher Perfect World, which acquired Motiga last year.

All of Motiga was acquired by Perfect World last year. Perfect World decided to announce the arrangement as partnership by the directions from corporate for the reason we were not privy to.

Yes, [the closure] was the corporate decision. It was a budgetary decision at the highest level. Perfect World as a public company has a profitability goal and they decided to cut parts of the company that were not profitable. In short, Gigantic was not making enough revenue. Unfortunately, Motiga is not the only Perfect World studio being impacted by the decision.

Gigantic will still be operated and maintained by a team composed of a few dedicated folks at Motiga. It's not clear for how long the game will be supported, as Chung simply stated that work will continue until it doesn' t make sense anymore.

Gigantic is now available on Steam as a free to play game.

Action MOBA Gigantic To Be Published by Perfect World Entertainment

Gigantic Dev: We See The Boldness Of Microsoft’s Vision For Xbox One & Windows 10