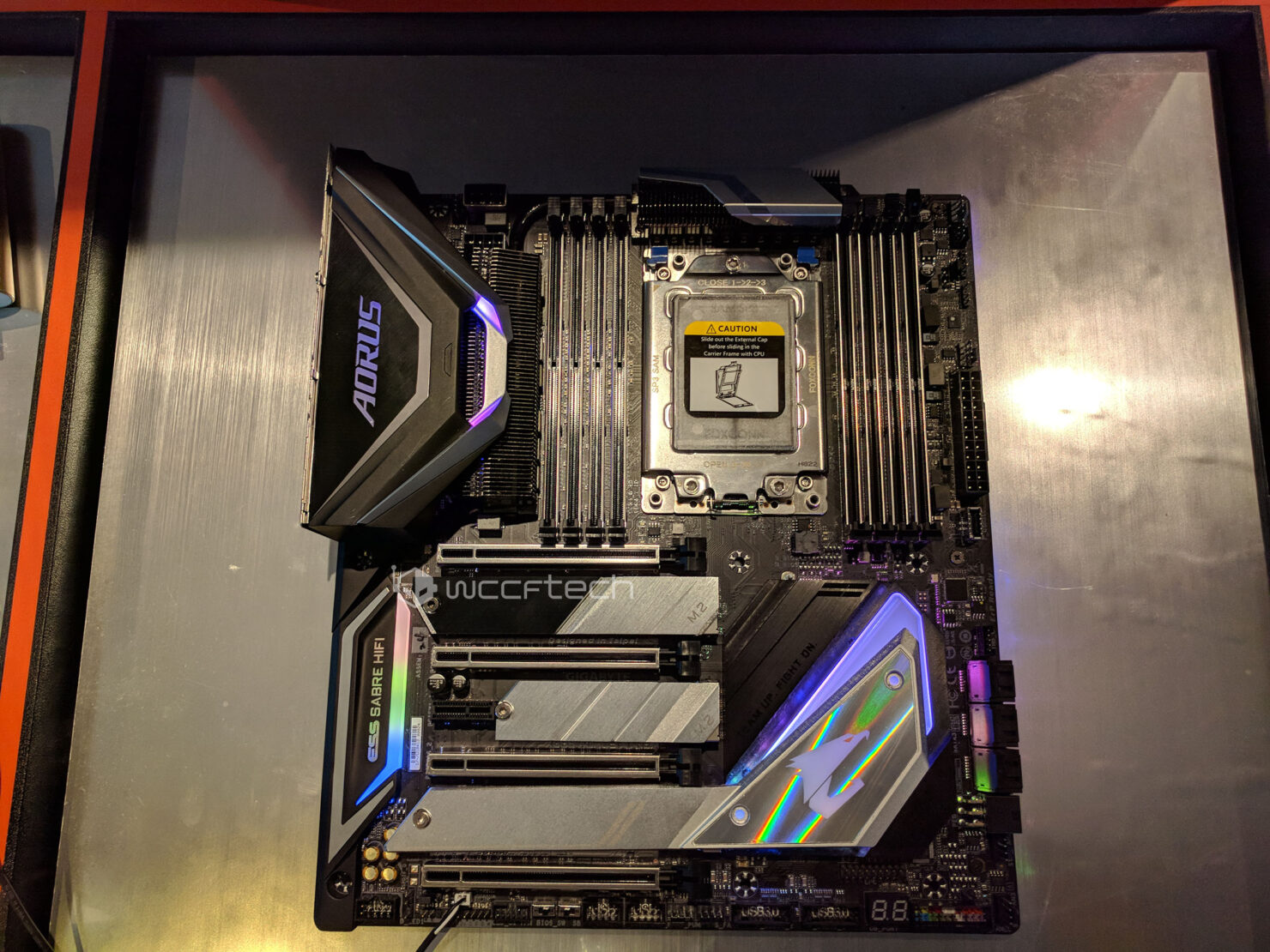 Gigabyte, in a presentation given in Taipei, revealed that their X399 AORUS Extreme motherboard is the first to officially list support for AMD's 32 core, 64 thread Ryzen Threadripper processors. The new processors which feature the highest core count ever to be seen on an enthusiast grade lineup will be aiming for launch in Q3 2018.

Being part of the upcoming X399 Refresh series, the new Gigabyte X399 AORUS Extreme board will be featuring full support for current and upcoming AMD Ryzen Threadripper processors. The new processor lineup will feature a massive core count, with up to 32 cores and 64 threads. This would also mean that new board designs are required as the processors will be rated at TDPs of up to 250 Watts.

Gigabyte's X399 AORUS Extreme is a very high-end motherboard that makes use of several new additions to the X399 platform. Gigabyte was the first to introduce proper aluminum fin-based heatsinks on their X470 AORUS Gaming 7 motherboards. They are going to deliver a much beefier solution on their AORUS Extreme motherboard. The board makes use of a 10+3 phase PWM supply which gets power through dual 8-Pin EPS connectors. The entire PWM area is covered by this huge set of heatsinks which are interconnected via a solid heat pipe. 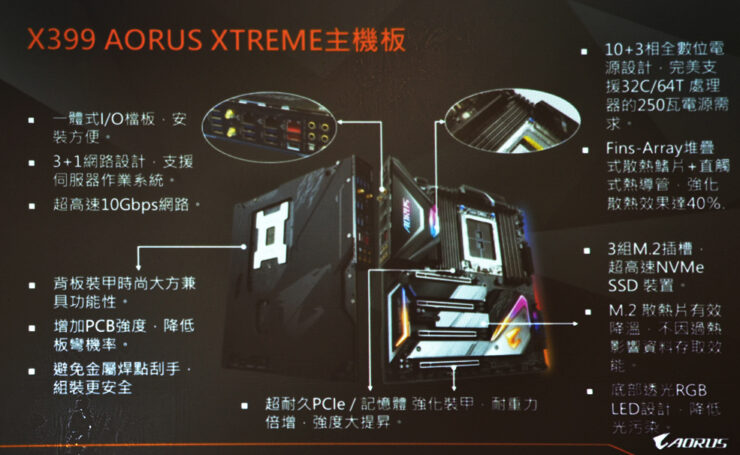 The AMD TR4 socket is surrounded by eight DDR4 DIMM slots (4 on each side). In terms of storage, the motherboard has 6 SATA III ports. In terms of expansion options, the board has four PCI-e 3.0 x16 slots, a single PCI-e 3.0 x1 slot, and three M.2 slots, all of which are covered by Gigabyte's M.2 heatsink solution. The Ryzen Threadripper processors are designed to offer 64 PCIe lanes but to power, so much expansion devices is another thing. Gigabyte takes care of that by adding a single 6-pin power connector just for that. 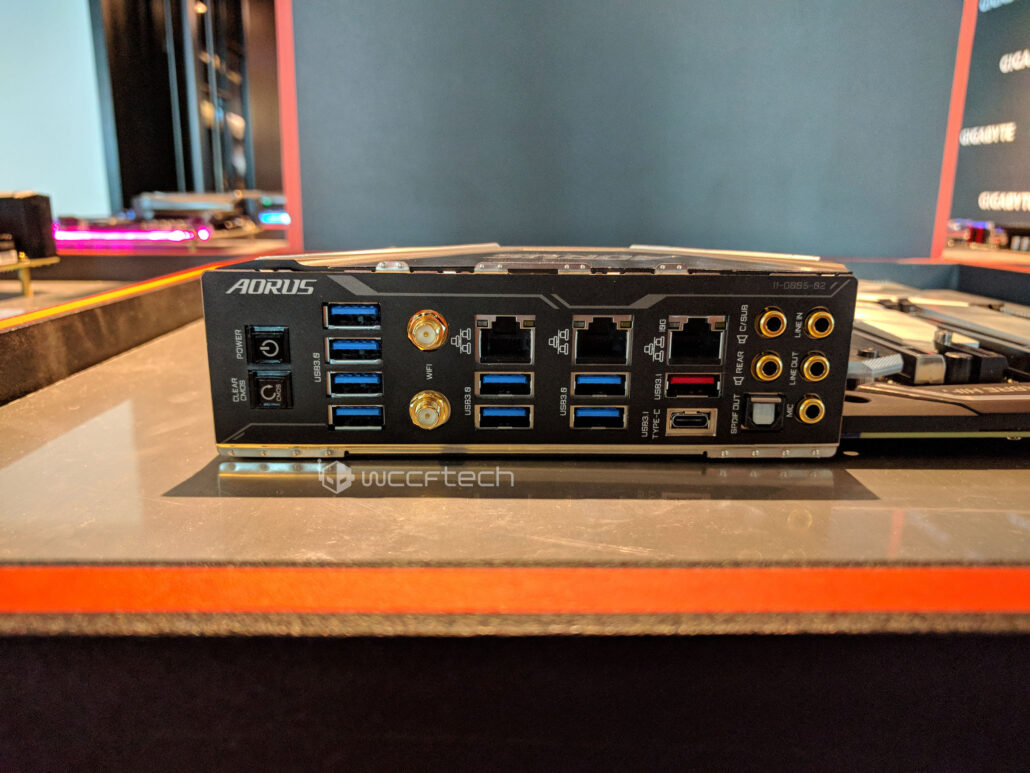