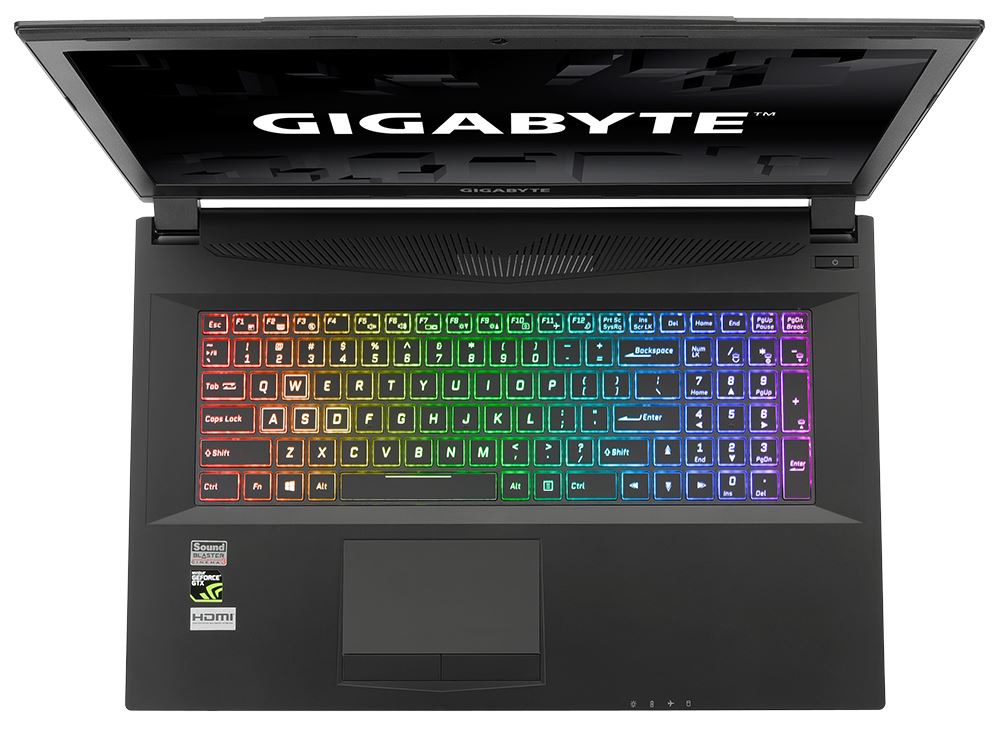 GIGABYTE has introduced two new gaming laptops called the Sabre 15 and Sabre 17. Starting at only $1,299, these gaming beasts are quite affordable, meaning that they are going to be geared towards a larger audience, but that also means that they will come with a lot of compromises in the end.

These Sabre laptops could also pass off as GIGABYTE’s brand AORUS. Both the laptops have a beautiful black, soft-touch frame with a sparkly silver GIGABYTE logo at the top of the lid. The interior also has the same black soft-touch finish. The keyboard is island-style and backlit too, with the display featured a resolution of 1920 x 1080.

Both the notebooks come with a lot of ports, particularly the Sabre 17 including HDMI, a DisplayPort, and some USB Type-C ports. This will indicate that the machine is capable of supporting VR headsets and several monitors too so you can use the notebook for not just gaming, but for productivity as well.

Both the Sabre notebooks have a customizable keyboard with no less than 16.7 million choices option with 2 millimeters of key travel. This should make the keys more tactile than before, leading to a better typing experience. The Sabre 15 and Sabre 17 are both powered by the 8th-Gen Intel Core i7-8750H processor. The systems can support up to 32GB of RAM, a dual-storage system that can house up to 3TB of PCIe SSDs, and an NVIDIA GeForce GTX 1050 GPU with a VRAM of 4GB.

Unfortunately, just because of the GPU, you will need to immerse in gaming titles by lowering the visual settings to get higher frame rates, but that is if you will be playing AAA titles. Even though $1,299 isn’t necessarily cheap for everyone, the Sabre 15 and 17 are still pretty affordable if you consider the fact that GIGABYTE and AORUS systems are usually very expensive and out of budget for several customers.

In the end, if you are on a tight budget and need a gaming laptop for both gaming and productivity, these ones are actually a very good deal.

Check out the GIGABYTE Sabre 15 at Amazon