Gigabyte seems to be evaluating its next-gen Intel Alder Lake-P CPU-powered AORUS laptops with both DDR5 and DDR4 memory configurations.

Yesterday, an entry of Gigabyte's AORUS 17 laptop sporting the Intel Alder Lake-P mobility CPU was unearthed. It was the first entry for a high-end laptop featuring Intel's next-gen Hybrid chips. A new entry has now been spotted which seems to point out that we might get both DDR5 & DDR4 mobile solutions based around the Alder Lake-P platform.

The latest entry features the same Intel Alder Lake-P configuration with 14 cores that include 6 performance cores (based on Golden Cove architecture) and 8 efficiency cores (based on Intel Gracemont architecture). The main difference is that this particular chip has slightly better clocks versus the one that leaked out yesterday and features a 1.2 GHz base clock but a 3.4 GHz max frequency (previously sample peaked at 1.75 GHz). As such, the overall performance is slightly better on the latest variant.

This Intel Alder Lake-P CPU was featured within the Gigabyte AORUS 17 YE4 laptop and once again, the leak comes from Gigabyte's Taiwan HQ. But the most noteworthy thing is that this laptop has 16 GB of DDR4-3200 memory installed compared to DDR5-4800 on the previous entry. Now both laptops are very early prototypes but looking at the memory performance, we can see DDR5-4800 offering better latency (albeit with random spikes due to an early sample) compared to DDR4-3200.

It should be pointed out that the DDR4-3200 memory from Samsung features a CL19 timing while the DDR5-4800 memory from SK Hynix features a CL40 timing. Despite the loose timings, the DDR5 memory is providing slightly better latencies though the mid-bench spikes are concerning. 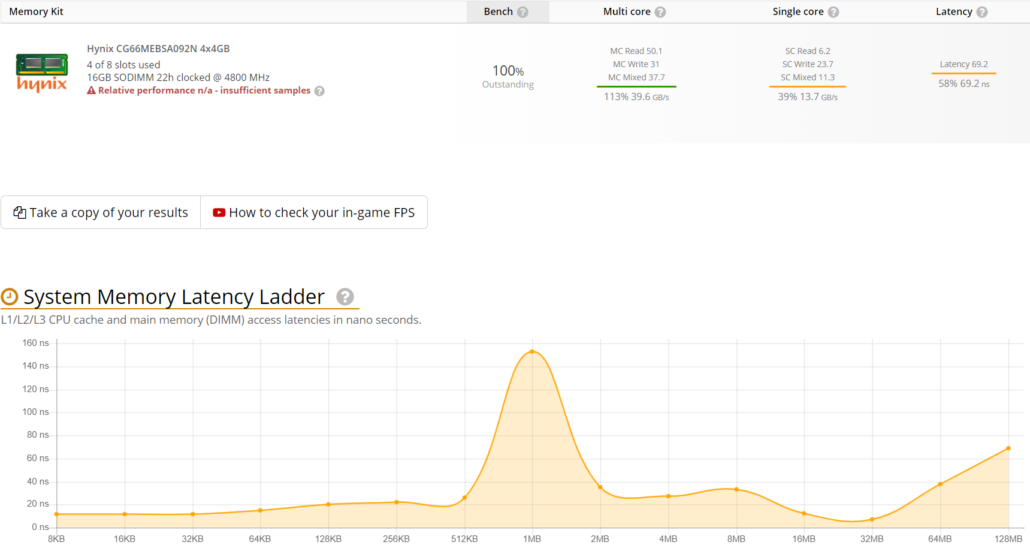 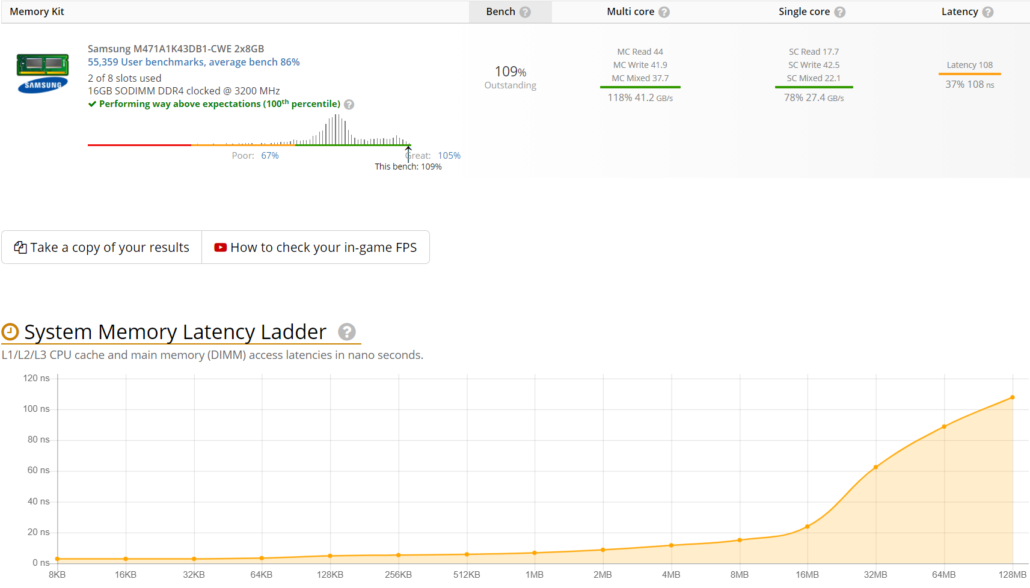 We expect them to be fixed in the final variants. This pretty much confirms that we will see Intel Alder Lake CPUs in both DDR5 and DDR4 memory configurations on the mobile platform, same rumors have stated a similar memory segmentation on the Alder Lake-P desktop platform with higher-end motherboards featuring DDR5 support while lower-end boards retaining DDR4 support. It will definitely be interesting to see the different price and performance tiers these DDR5 & DDR4 laptops would fall within.