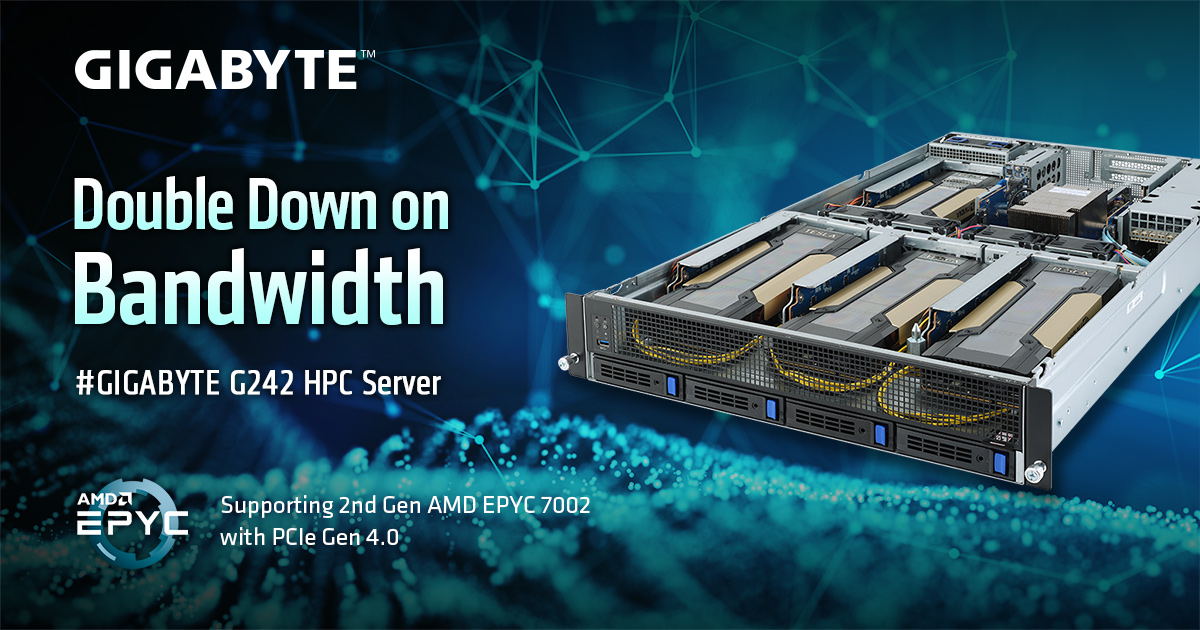 GIGABYTE, today announced the launch of the GIGABYTE G242-Z11 with PCIe 4.0, which adds to an already extensive line of G242 series servers, designed for AI, deep learning, data analytics, and scientific computing.

The main list of features of the Gigabyte server are:

It offers double the speed and bandwidth when compared to PCIe 3.0. Having PCIe 4.0 allows for 16GT/s per lane and a total bandwidth of 64GB/s. As far as memory support, the G242-Z11 has support for 8-channel DDR4 with room for up to 8 DIMMs. In this 1 DIMM per channel configuration, it can support up to 2TB of memory and speeds up to 3200MHz. 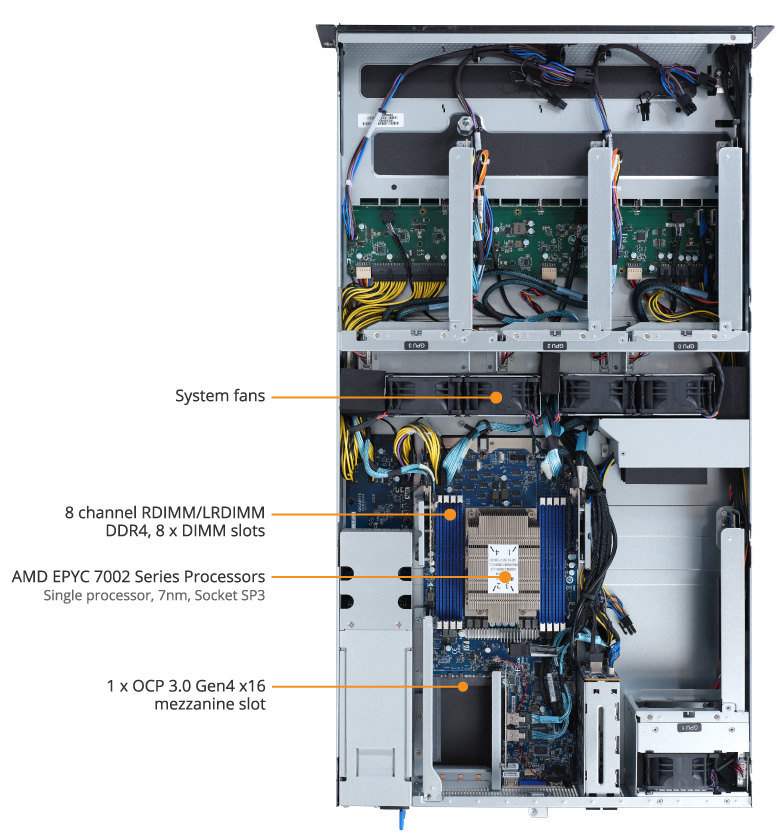 The G242-Z11 is a 2U system built for GPU computing workloads and has support for up to four PCIe Gen 4.0 x 16 expansion slot bays for GPUs (each GPU connects directly to the processor via PCIe root) and slots for two Low Profile Half-Length cards and one OCP 3.0 mezzanine. This offers a great deal of parallel processing, and the expansion slots allow for adding on networking or storage. Starting with storage, the G242-Z11 has four 3.5” SATA hot-swap HDD bays in the front, and two 2.5” NVMe/SATA SSD bays in the rear. There is also a single mLAN port on the rear for remote management.

GIGABYTE has two models in the G242 series, the G242-Z11, and G242-Z10. Both systems are performance-oriented while minimizing the overhead cost and moving from two CPUs to one discounted AMD EPYC processor can have a big TCO impact.