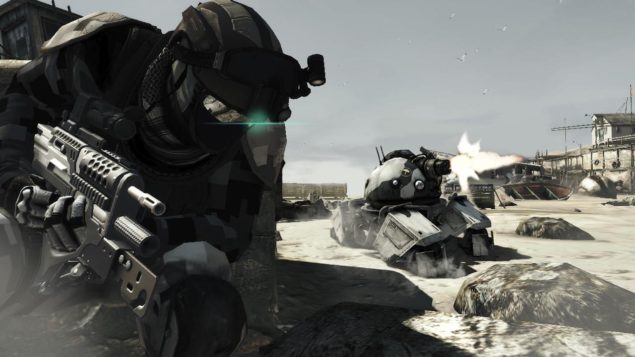 Player taking cover behind a broken wall, automated turret in the background

Ghost Recon: Future Soldier is the 5th title in the Ghost Recon Series, developed and published by Ubisoft. The Ghost Recon series has been known for delivering the best Tactical Shooter experience in a Third Person based game. The game was released on the Xbox 360 console and the Sony Playstation 3 console in the last week of May and the PC version of this game were to be released on the 26th of June 2012 in North America and on 29th of June in the UK. The console version received a very positive reaction, scoring above average ratings.

As soon as the game was out yesterday in North America,  the gamers had flooded the game's official forums. Ubisoft waited and explained that they were listening to the feedback from the users.

"Hello! The team continues to work hard, improving the game experience, supporting the title and listening to the feedback," said Ubisoft's community developer Antoine Emond. "There are multiple updates planned over the life of the game and here is some additional information on to what exactly each type of update contains.

"We'll try to keep you posted as much as possible regarding the future updates. See details for the day-one update here."

Some of the major issues faced by the users were that the game did not recognize the Mouse and the WASD keyboard controls. There were reports of frame drops, Xbox 360 buttons appearing during gameplay, forced black borders on the screen and there were several display related errors.

Even though, the game was being highly anticipated by the fans, the fans were baffled on the bugs and problems faced on the first day of the PC launch. We can all be glad that Ubisoft has confirmed that there would be continuous updates in this game's lifetime and there will be a patch which would fix out these major problems.