Ghost Recon: Future Soldier will be released for the PC after the release of the console version of the game, but until then you can get your system ready for future Soldier Warfare by seeing if your computer rig is capable or not of running the video game properly, the system requirements seem fair to me but a little optimization and a good control scheme can put a smile on the faces of a lot of angry Ubisoft "fans" for the PC. Hopefully Ubisoft will deliver on these two and give PC players the best Ghost Recon experience yet. 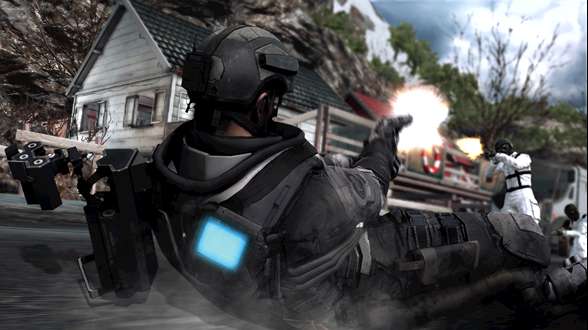 Ubisoft is well known for always leaving the PC out of the release of a major title release and ultimately releasing the game following a few months, weeks or even a year but this time Ubisoft brings the promise of a better experience on the PC with Ghost Recon: Future Soldier to help PC fans feel better about the game being delayed on the PC. Ubisoft released the system requirements for the game today and even a PC release date, the game will release on June 15th 2012 for the PC and it is still not known whether the game will be available with Steam or or other digital distributors or not.

In case you are wondering if your PC is up to the challenge of the future of soldier warfare here are the minimum and recommended system requirements for the game to help you get ready. It seems that the system requirements are quite reasonable with the game only requiring 3GB of RAM and a 460 / 5850 which are both affordable cards in today's time, but Quad core processors are recommended for the game. Although 25GB of space is quite hefty but again with the reduced prices of large space hard drives it doesn't bother people anymore. What really surprises me is the support for Windows XP which means that gamers who want to run the game on DirectX 9 for what ever reason can do so without any worries.

The only thing which is not mentioned in the requirements and is really going to keep me up at night is what "amazing" form of DRM will Ubisoft use with the game? Leave a comment with your guesses because you know it to be true.

The first screenshot of the PC version courtesy of Source