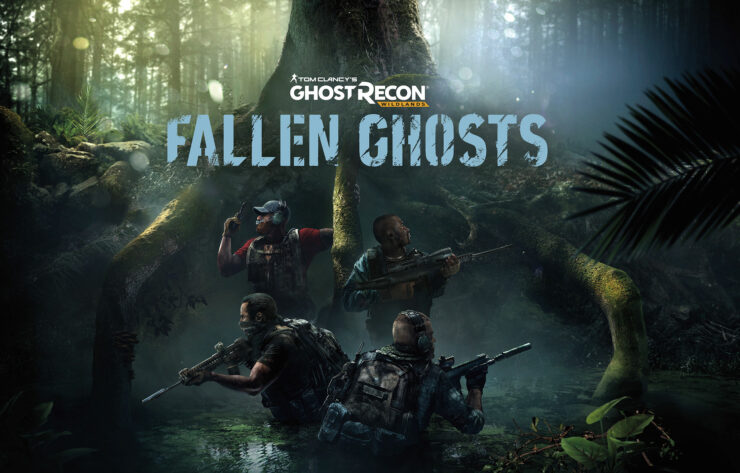 Ubisoft has made the Ghost Recon Wildlands Fallen Ghosts DLC available for season pass owners on all platforms.

Announced earlier this month, the Fallen Ghosts expansion for Wildlands will release next week for all players on PC, PlayStation 4 and Xbox One. You can watch the trailer for the new DLC down below:

In Fallen Ghosts, Ghost Recon Wildlands’ second DLC expansion, the Ghosts see their chopper crash in the middle of the jungle on their way to a rescue mission. Tracked down by an elite spec ops team that will put your combat skills to the test, your mission is simple: survive.

The expansion is set after the fall of the Santa Blanca Cartel, and features 15 new missions, new weapons, skills, and new deadly foes.

Fallen Ghosts takes place after the fall of the Santa Blanca Cartel. With Unidad’s military force unable to maintain control over Bolivia, the country is in a state of civil war. To help restore order, the Unidad enlists cartel members, veterans, mercenaries and criminals from various nearby countries as volunteers. Together, they form a new brutal special unit, Los Extranjeros, which is ordered to track and eliminate all American agents.

In this chaotic situation, the Ghosts have one last mission: evacuate the last CIA members and American civilians remaining in the country. Shot down enroute to their mission, the Ghosts find themselves in the middle of the jungle, without external support, facing deadly enemies equipped with the latest gear and technology.

Ghost Recon Wildlands was released back in March of this year, and became the best-selling game in the US for that month. Additionally, the game also experienced the best-ever Ghost Recon launch so far.

Ghost Recon Wildlands is available now for PC, Xbox One and PlayStation 4. You can read our own review of the game right here.