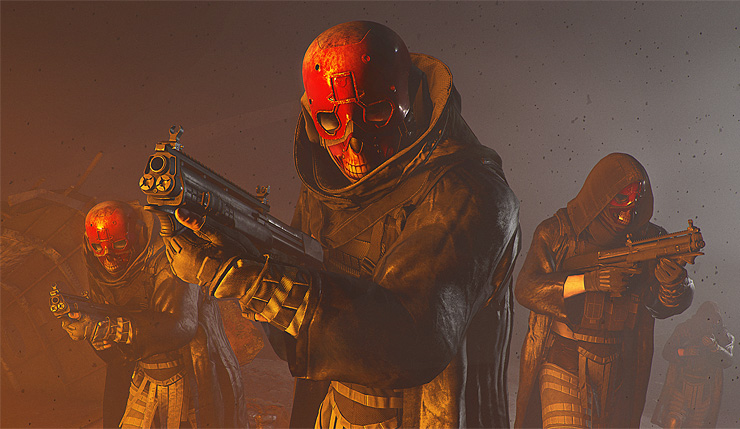 Ghost Recon Breakpoint launched with a lot of issues, some of which still need to be addressed, but Ubisoft is nevertheless surging ahead with the game’s first raid, entitled “Project Titan.” The raid introduces an entirely new volcanic island to explore, a new enemy faction to fight, and four challenging bosses to take down. Say what you want about Breakpoint, but it seems Ubisoft has put a lot of effort into this raid. Check out a trailer for Project Titan, below.

Project Titan takes place on Golem Island, an entirely new location off the coast of Auroa, featuring unique environments full of sulphur, ashes and an active volcano. A faction of the Wolves, called the Red Wolves, has taken over the island and refactored the AI to work on new lethal prototype drones. Ghosts will need to gather intel to find these drones, and push their skills to the limit to take them down.

To successfully complete a raid, players will need to destroy four bosses - Baal, Quantum Computer, Gargoyle and Cerberus - each with their own unique design and mechanics that will require tactical co-ordination and communication to overcome. Players will need to assemble a full squad of four players with a Gear Level over 150 to access Project Titan. The raid will initially be available to play on Normal difficulty and will reward players with some of the best loot and gear in the game.

Project Titan is free for all Ghost Recon Breakpoint owners. The raid will reset weekly, with new enemy layouts and rewards, allowing players to tackle it as many times as they want. Easy and extra-tough Heroic difficulty modes will be added in 2020.

Ghost Recon Breakpoint is available now on PC, Xbox One, and PS4. Project Titan will be playable today, as of 12pm PT. Ubisoft recently dropped a new patch for Breakpoint – get the details here.