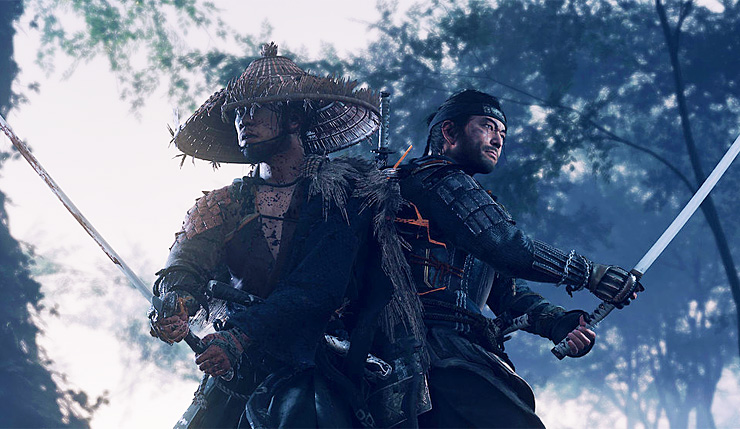 Sony revealed the sales number for Sucker Punch Productions’ samurai open-world action title at CES 2022. Since the game’s global launch back in back in July of 2020 on PlayStation 4, more than 8 million copies of the game were sold through. Although not as high as sales for Insomniac’s Spider-Man, it should be considered that Spider-Man is a much more popular and commonly known franchise, and as such, selling over 8 million copies of a new IP is actually quite impressive.

As said, Ghost of Tsushima launched back in July of 2020 for PlayStation 4, and a Director’s Cut offering content was released earlier this year for both PlayStation 4 and PlayStation 5. We reviewed the game upon release. Here’s what our very own Alessio had to say about it.

Beyond the main tale and the aforementioned 'ally' side content, there are also a great number of secondary tales. Sucker Punch devised a rather interesting way to point out these local tales for the player. When you manage to free civilians who've been captured by the Mongols, they'll often reward you with rumors of what has been going on in the vicinity, or possibly how they were captured in the first place, which will put the rumored location on your map. Again, even it's not quite a revolutionary feature, it's a nice way to organically weave side content into an open world design.

Perhaps the most interesting ones are the 'mythic' tales. These are multi-step quests where Jin uncovers the truth behind long-lost legendary items and combat techniques, such as the 'Dance of Wrath', the 'Heavenly Strike', or the 'Way of Flame', which are all incredibly cool and powerful additions to Jin's already impressive skill set.

Much like in the open world titles seen in the past years, there are also random events occurring throughout the island. These can range from simple patrols to more structured ones, such as a local inhabitant warning Jin that the Mongols are cutting down a sacred forest nearby to get wood for their ships.

Overall, side content may not be on par with the quality seen in The Witcher 3 (which remains the pinnacle of the open world genre in that area), but it's not too far off either and it certainly is no letdown.