Ubisoft has released an absolutely stunning new trailer for Assassin's Creed Syndicate, bringing "Eagle Vision" to real life London, with some never before done techniques. Check out the impressive trailer below, as well as the "making of" further down.

“The ambition of this project was huge and it was months in planning to make sure we could achieve the stunning content that we set out to capture,” said Tom Goldberger, Senior PR Manager at Ubisoft. “We worked with a fantastic production team, vastly experienced eagle handler and highly trained eagle to ensure the project was a huge success. We’re delighted to have finally been able to bring to life one of the most iconic features in Assassin’s Creed Syndicate.”

Assassin's Creed Syndicate takes the series to Victorian London during the Industrial Revolution and as Creative Director for Assassin's Creed Syndicate, Marc-Alexis Côté, explains the city of London is the "Star of the Show". Teeming with life, evolving technology and structurally expanding architecture it provides the perfect playground, offering immense scalability opportunities and unlimited traversing potential.

Ubisoft released a new in-game trailer for Assassin's Creed Syndicate, which introduces us to the historical characters aiding Jacob and Evie Frye in their quest to take back London. Historian and advisor on Assassin's Creed Syndicate, Judith Flanders, narrates the trailer giving us glimpses of Alexander Graham Bell, Karl Marx, Charles Darwin, Charles Dickens, Florence Nightingale, and even Queen Victoria herself. 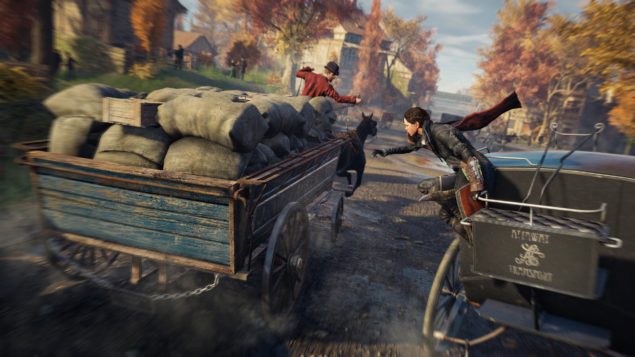