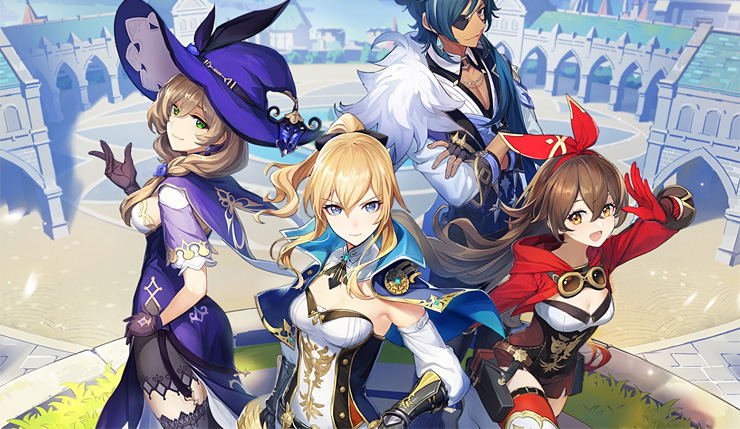 We’ve known for a while that Genshin Impact would be launching on PC and mobile devices in late September, but we weren’t sure about the PS4 version of the game. Thankfully, today Chinese developer MiHoYo confirmed today that Genshin Impact will launch on PS4 at the same as the other platforms. PlayStation fans can also look forward to some extra goodies, including an exclusive weapon and glider. Here’s a new Genshin Impact developer video featuring some new footage of the game.

And here’s a look at those PS4-exclusive Genshin Impact items, and some of the extra goodies you’ll get if you pre-order the game (click the images for full resolution).

Genshin Impact will be free-to-play upon its full release, but certain weapons and characters will be unlockable through a loot-box-like “gacha” system. Genshin Impact originally attracted attention for it’s rather striking resemblance to The Legend of Zelda: Breath of the Wild, and indeed, it does lift a lot of elements from Nintendo’s game, but it also stakes out its own identity as well. I quite enjoyed my time with the game’s closed beta earlier this year…

Genshin Impact launches on PC, PS4, and mobile platforms on September 28. A Nintendo Switch version is also in the works. What do you think? Will you be giving the game a shot?