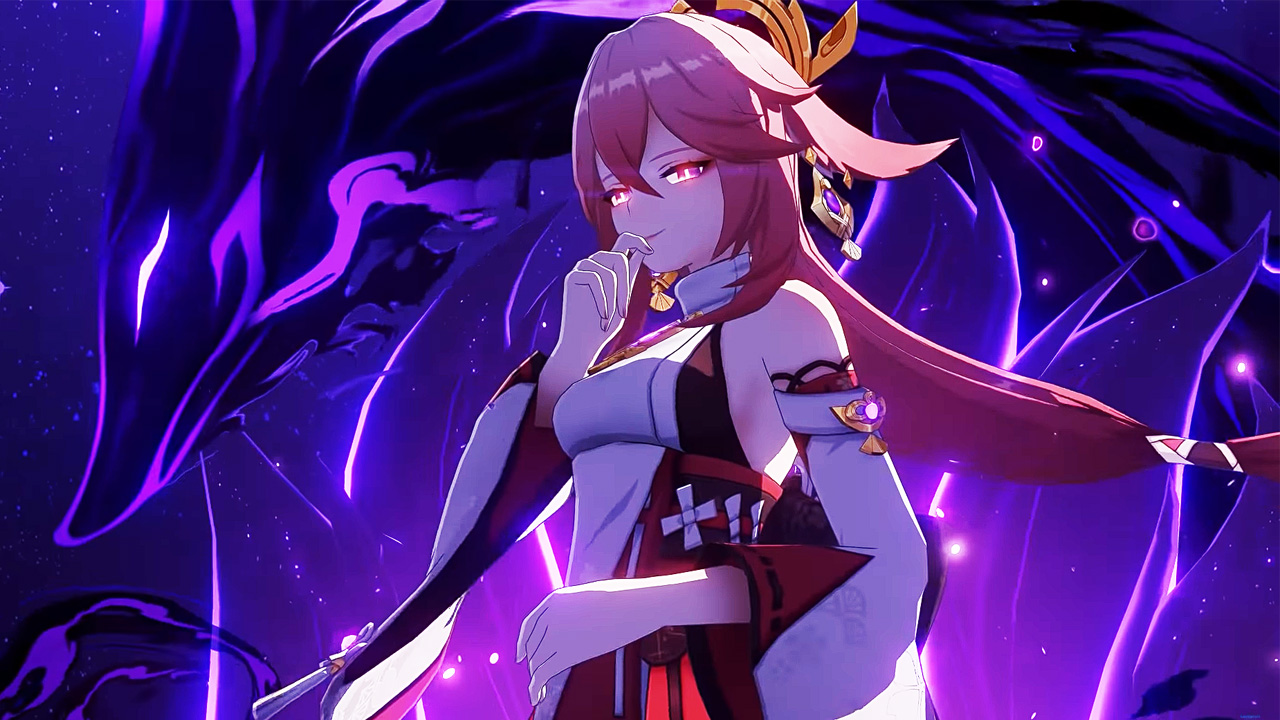 The next major update for Genshin Impact, version 2.5, will arrive later this month, and it breaks from the usual update formula a little bit. This update only includes one new character, the 5-star Electro-user Yae Miko, and no additional region to explore, but it does usher in a new era of user-created content for Genshin Impact as players will be getting a full Domain editor that will allow them to create and share their own dungeons. Of course, a variety of new events and challenges are on the way, too. You can check out a trailer for Genshin Impact ver. 2.5, below.

Here’s the rundown on our new 5-star character, Yae Miko…

Yae Miko, the head shrine maiden of the Grand Narukami Shrine, will be joining as the new five-star Electro Catalyst user. With her Elemental Skill and Elemental Burst, Miko is capable of providing both constant damage off-field and high burst damage on-field. Meanwhile, players may also cross paths with Yae Miko as an unusual urban legend circulates throughout Inazuma. Yae Miko’s Event Wish will be available in the early stage of the update, followed by Event Wishes of Raiden Shogun and Sangonomiya Kokomi.

Meanwhile, here’s the rundown on the “Divine Ingenuity” event that will allow players to create their own Domains, as well as the season’s big “Three Realms Gateway Offering” event.

Genshin Impact is available now on PC, PS4, PS5, and mobile devices. You can expect version 2.5 to launch on February 16.