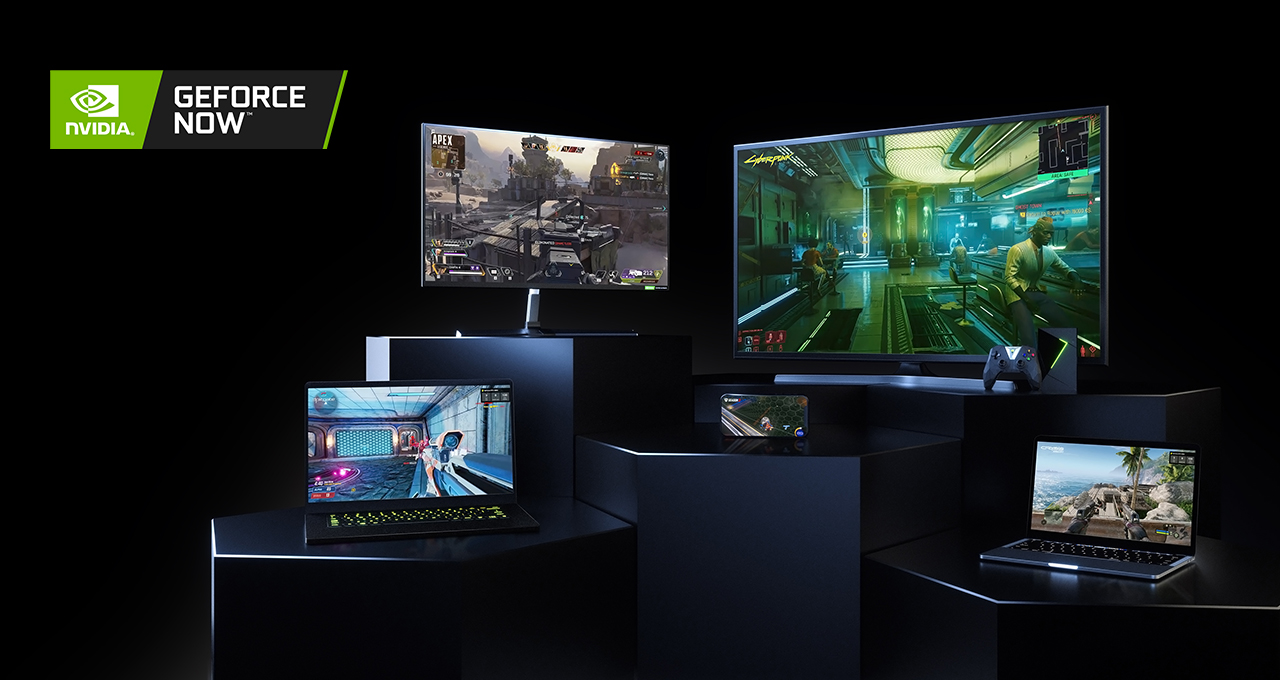 NVIDIA has made several announcements during this year's Consumer Electronics Show. They started off by announcing that ten new games will add support for DLSS and/or RTX support. Now, the company has announced that its GeForce NOW service will become available on more devices, specifically, Samsung TVs.

NVIDIA announced that they are currently in the middle of a collaboration with Samsung to bring GeForce NWO to its Smart TVs. The cloud gaming service that allows players to indulge in high-quality gaming experiences from anywhere is going to be added to Samsung's Gaming Hub, a new game-streaming discovery platform that bridges hardware and software to provide a better player experience.

This follows last month’s beta release of the GeForce NOW app for LG 2021 WebOS Smart TVs. The beta app is available in the LG Content Store for certain 2021 models. As this is a beta version of the service, there are a few limitations. For one, it seems like the GeForce NOW app only allows up to 1080p resolution and 60 frames per second. Additionally, the audio is also limited to 2-channel stereo, and users may only use a keyboard and mouse to browse the app, not to play games.

Regarding the upcoming service on Samsung TVs, it's possible that the service might be available with the same limitations. No specific release date for the Samsung program has been made known by NVIDIA. However, the blog post has stated that they'll have more announcements later this year while Samsung TV users can anticipate the streaming experience being available in Q2 2022.

In the meantime, players can still enjoy the benefits of the recently implemented RTX 3080 membership for GeForce NOW. This membership allows players to play their favorite video games at resolutions of up to 1440p and 120FPS from the cloud. More announcements by NVIDIA regarding upcoming game launches, new game releases, service updates, and more are also going to be made during GFN Thursdays.