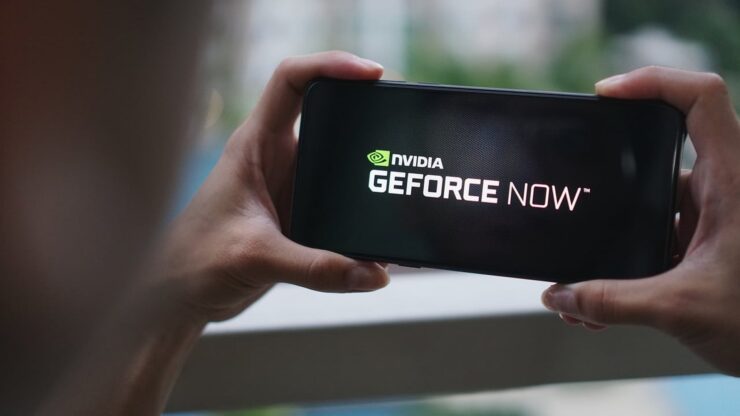 GeForce NOW, NVIDIA's cloud streaming service for games, is now available on Android devices. NVIDIA had announced this a little over a month ago during gamescom 2019, as you might recall:

Already in beta to the delight of 1 billion underpowered PCs that aren’t game ready, GeForce NOW will soon extend to one of the most popular screens in the world, Android phones — including flagship devices from LG and Samsung.

Just like on PC, Mac and SHIELD TV, when the Android mobile app releases it’ll be in beta. We’ll continue improving and optimizing the experience. To take full advantage of the mobile experience, we’re recommending gaming with a Bluetooth gamepad, such as SHIELD controller, Razer Raiju Mobile, Steelseries Stratus Duo or Glap Gamepad (in Korea), as some games will be unplayable on an Android phone without a gamepad.

The application launched on the Play Store in South Korea. You won't find it searching the Play Store if you live anywhere else, but the APK (less than 30mb in size) has already been uploaded on APKMirror. We've tested it with a Samsung Galaxy S10e and it works in Europe, too.

Here's the app's description from APKMirror:

GeForce NOW app works with Android phones with at least 2GB of memory and Android 5.0 (L) or later. For an optimal experience, we recommend 5GHz WiFi with at least 15Mbps internet access and a Bluetooth gamepad, such as:
• SHIELD controller: www.nvidia.com/en-us/shield/shop/
• Razer Raiju Mobile: www.razer.com/gaming-controllers/razer-raiju-mobile
• Steelseries Stratus Duo: steelseri.es/nvidiasd
• Visit our knowledge base for a full list of supported gamepad.

Please be aware that by streaming games on your phone’s mobile data plan, you may use up data quickly. We recommend that you connect to a 5GHz WiFi network for the best experience.

Of course, in order to actually use the app, you'll have to have access to the ongoing GeForce NOW beta (which NVIDIA suggested may end soon, probably to be replaced by some kind of subscription plan). Let us know your experience with the Android app in the comments.