Gears of War: Judgment Given a March 2013 Release Slot 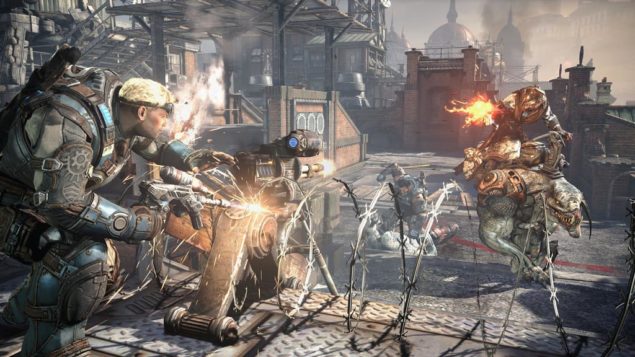 Epic Games director of production Rod Fergusson announced, on X-Play during Comic-Con 2012, Gears of War: Judgment will be releasing next year in March 2013. Which was later confirmed via a tweet from X-play's twitter account.

"You heard it here! Gears of War Judgment will be released in March... But @GearsViking won't let us say more yet.‪ #ComicConG4‬"

Gears of War: Judgment is the fourth title in the Gears of War series and in currently under development. It was announced earlier this year, in May and was revealed at E3 2012, last month. Originally there were rumors that Gears of War: Judgment will have a February 2013 release, the rumors were not very much far away from the official release date.

The game will be set before the events of the original Gears of War game, right after the first war in the Gears Universe. The game will focus on Kilo Squad, consisting of Baird, Augustus "Cole Train" Cole and three new characters. The team will band together and will most probably fight against an unrelenting enemy.