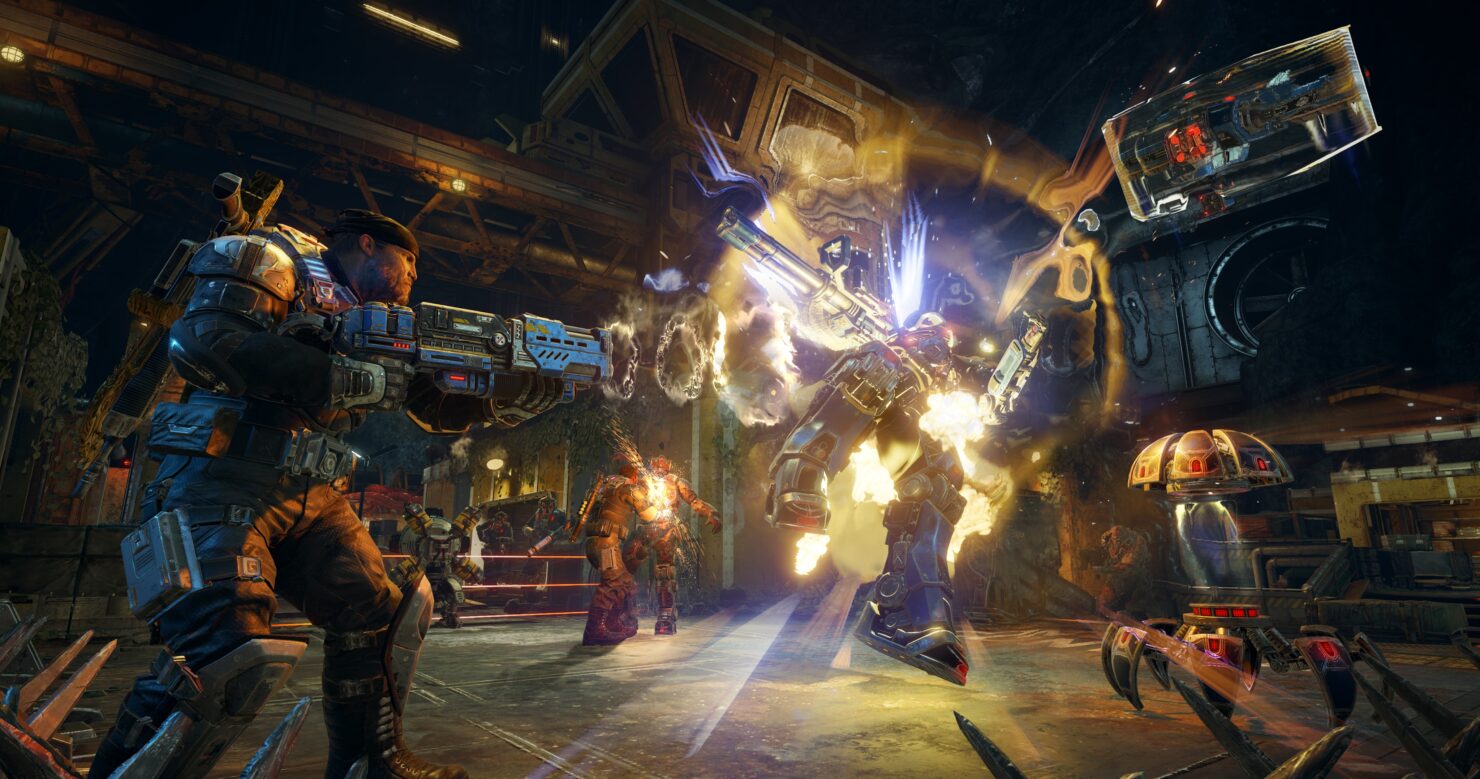 The Coalition has provided an update on an upcoming Gears of War 4 update that will address a large number of multiplayer issues that the community has been reporting since the game’s launch last week.

In a new post on the Gears of War 4 forums, community manager TC PezRadar detailed the upcoming changes and fixes coming to Gears of War 4 trough either future updates or via a smaller back end services update.

Most of the community feedback will be addressed in a big upcoming title update, which will release alongside the first map drop for Gears 4.

“We wanted to give you all an update on some items we have been tracking based off of community feedback and bug reports sent in by you. We appreciate all the comments over the past week and a half and we have been trying to consume as much of it as possible”, PezRader writes. “We may not comment on each item but we do read through everything. I should note that there are many more updates beyond the list below but I wanted to highlight some of the ones that larger discussions have been focused around over the past week. Expect update notes tied with larger Title Updates to cover off more of those other topics. Those update notes will be released as we get closer to the release of each Title Update.”

Check out the upcoming changes and fixes coming with the Gears of War 4 update down below:

Hammerburst Balancing
This one has been a big pain point amongst those in Core and Social. Gameplay has been dominated with long range combat and we do have some tuning coming up that will address this. We expect this in the next big Title Update.

Matches not starting with full amount of players
We have a team looking into this immediately as this one is pretty concerning. There may be a quick fix that we can do on the backend to address this but it may require some additional work that would come in a later Title Update. We will do what we can to mitigate and correct this one as soon as possible.

Harsher Quit Penalties
We are looking to implement some harsher quit penalties to players in an upcoming update. Unfortunately this requires a bit more legwork but we are seeing if we can prioritize and have this come out sooner rather than later. We expect this in a future Title Update but not the next large one.

Competitive/Core Lobbies
This requires an extensive amount of work but we have it on our roadmap and are hoping to have this out in a future large Title Update.

General Pack feedback items
We have received a mountain of feedback regarding our Gears Pack system. We are looking into ways of improving the experience for all users and we are also looking at additional opportunities to help players obtain packs. We will keep you posted on these notes in the near future.

Footsteps of teammates much louder than opponents
We believe DeeBee footstep audio seems to be in a good place based off of feedback from you all. We are looking at increasing human and swarm footstep audio. This will be in a future title update.

PC Crossplay Request / Inability to find matches in Core & Competitive
We will be experimenting with Social crossplay weekends. During this time we will be looking at backend telemetry on the performance of players. After we gather some information, we will look into what we can potentially do for further crossplay opportunities. We will also be looking into offering Bonus XP in specific modes that will be constantly rotating either each day or on a weekly basis to help incentivize people to try out each of our different game modes. This would be for both platforms XB1 and PC. We will keep you posted on when these updates hit.

0% / 100% UI notifications
This is tied to Unreal rounding numbers up and down and thus confusing people with the numbers they are displaying. We are going to see if we can address this so it comes across a bit more clear on what your true damage and damage taken is. This will occur in a future update.

Backfilling in Horde Matchmaking
We want to remind people here that you can invite people from your friends list if someone drops off. We will continue looking into this but wanted to remind that this feature exists and also allows for the user who is being invited to understand what scenario they are about to enter.

KOTH/Execution Time Adjustments
Execution I believe is currently set for 10 minutes. That’s long! We are going to readjust this so players aren’t stalemating for long periods of time. KOTH will be reduced to 1 round in social and we will listen to additional dialogue from Core players if this needs to be reduced down or not. We expect these changes in the next Title Update if not sooner.

Windows Insiders not being able to play
There is now a new Insider Build that corrects this issue. (Build 14951). You can read more about it here: https://blogs.windows.com/windowsexperience/2016/10/19/announcing-windows-10-insider-preview-build-14951-for-mobile-and-pc/

Horde Class Icons in Scoreboard
We are also aware of this one. We want people to be aware of other classes they are working with in-game. This will be in a future Title Update, but will not be present in the next one.

PC Mics not working correctly at all times
We are looking into this one and have a future Title Update that will address this issue.

Horde Score abuse issues
We have received a few reports on this and have fixes coming related to this. We will probably also look into wiping leaderboards after this is done to ensure players can compete to achieve legitimate scores.

Grenade spawning issue
We have this issue logged and will have a fix for this in a future Title Update.

Players sometimes leaving maps
We have this issue logged and will have a fix for this in a future Title Update. Players caught abusing this will be subject to disciplinary action including suspensions and bans.

Some of you may ask, “Why are these landing in Title Updates and why aren’t they being addressed tomorrow?” Sometimes changing things requires a Title Update and sometimes we can do smaller scale updates through our back end services structure. It’s the nature of the system. We can sometimes do quick Title Updates to tackle blockers, such as the updates we released at launch and last Friday, but those are singular fixes that we can speed through the certification process due to how small they are.

We have plenty planned for upcoming community events, additional game content, maps and more to share in the near future. You can expect news on some of those pieces very soon. Again, we greatly appreciate all the feedback. We have a great internal live team working through all of these and our mission is to ensure we can tackle as many of these feedback items as possible. We will keep you guys posted on any changes to the above list along with any additions. Thanks!

Gears of War 4 is available now for Windows 10 PC (UWP), and Xbox One.