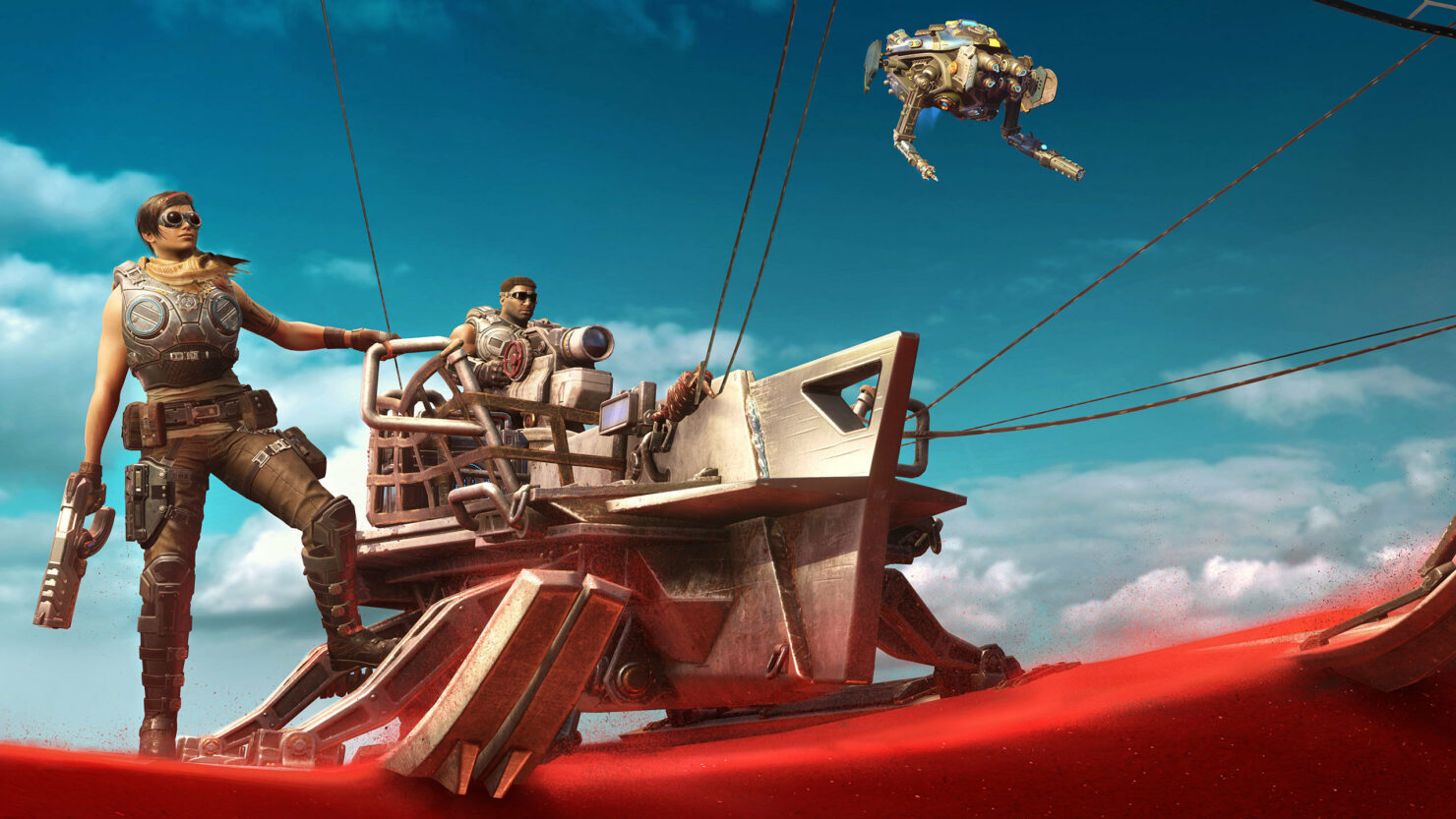 Gears 5, due next week on Xbox One and PC, features the most ambitious campaign yet with some open world and RPG elements added for the first time to the franchise.

Speaking to Gamespot, The Coalition Studio Head Rod Fergusson revealed that some of the changes in Gears 5 such as player-initiated combat were born out of his experience working on 2013's BioShock Infinite.

We were saying we want to challenge expectations of player choice. What are ways that we can give the player more choice? And so one way is player-initiated combat. I learned that lesson from BioShock Infinite. And so, the idea that there are battles that the swarm are just kind of meandering around and whatever, and you get to look around and see that there's a weapon over there or there's a flank point there or a sniper over there, and then what are the tools I have in Jack that I can sort of use to overcome the situation?

We wanted to allow you that moment to take it in and decide how you wanted to play it out. And then with some enemies having health bars, it allows for a different style of play because it means that if I know that Carrier is down to one-twentieth of its health, I know I can rush it and maybe kill it before it crushes me. But in previous games, you'd be like, "It's a bullet sponge and I don't know when it's going to die so I don't know when to make my play." And even things like Stim, where I can go into overhealth and be super aggressive because it's my get-out-of-jail card.

It allows me to play it differently. Normally, I'm back of the room sniping, and now I kind of go a little bit more on the frontline and use Jack to save my ass whenever I make a mistake. And with the RPG elements [Jack's upgrades], we mix it up. What are the ways that people are going to play? We didn't want there to be one where you would just fill up all the upgrades, and at the end, everybody plays the same. That's why we didn't do the tech tree thing. We wanted people to be like, "Oh, I want to invest in this thing" or "This is the way that I like to play. I like stealth, so I want to do this," or "I don't like stealth, I like this."

The changes made to Gears 5 are so substantial that Fergusson himself isn't sure the franchise could go even bigger in the future.

Are you hyped for this release? Let us know in the comments.