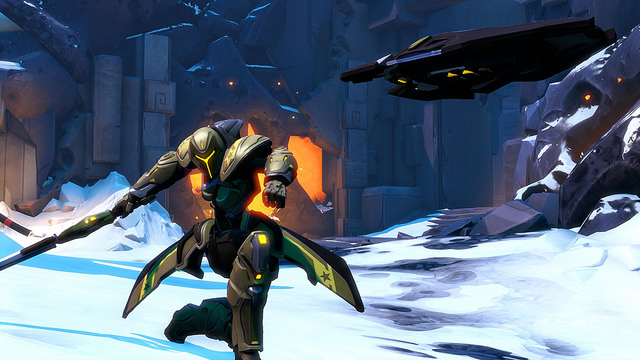 Battleborn, the first-person shooter with elements of MOBA from Gearbox, will soon stop receiving updates, as announced by its creative director, Randy Varnell, in a post on its official forums. Varnell noted that there are no plans for future content of Battleborn beyond the autumn update.

The above, as he will leave the ranks of his development team to begin work in a "highly anticipated project." Although he did not specify which project he is referring to, his words seem to indicate that it is a new Borderlands.

Battleborn Servers Will Go Down on January 2021, Leaving Even Single Player Inaccessible

"If you’ve been paying attention to recent news from the Gearbox Panel at PAX West, you’ll have heard that many folks at Gearbox are working on a highly anticipated project. Although I’m sad my time on Battleborn is coming to a close, I’m happy to announce that I will play a significant role on this highly anticipated but unannounced game, and I’m sure you’ll be hearing some from me again in the future regarding Gearbox games," Varnell mentioned.

If you are a Battleborn fan, it is important to know that this does not mean the endpoint in the history of the game. This is because its servers will continue to function as it has till the foreseeable future. So the only thing this news means is that the game will not receive new content after its next update.

The autumn update for Battleborn was announced at PAX West 2017 and players will find outfits inspired by characters of Borderlands, as well as some changes to the main art of the game and additional gestures. At the moment, this update has no release date.

Battleborn debuted in May of 2016 and although it was a major title of 2K and Gearbox Software, the reality is that it failed to meet expectations, so the studios decided that the best strategy was to launch a free-to-play version. In it, players can enjoy all maps and modes without limitation, but can only use the characters available in the weekly rotation.

Battleborn is available for PlayStation 4, Xbox One and PC.