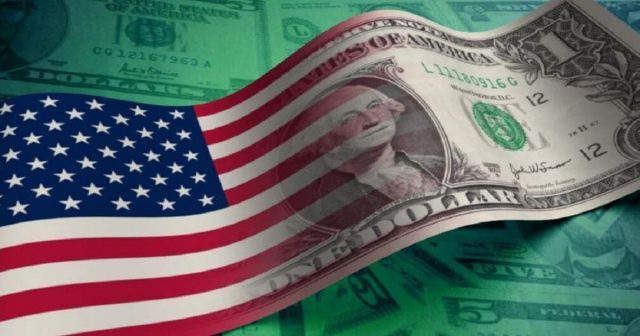 The longest continuous economic expansion in the history of the United States – spanning over 11 years – has now officially ended. As per the latest data revealed by the Bureau of Economic Analysis (BEA), the U.S. GDP shrank by 4.8 percent in the first quarter of 2020.

The Gross Domestic Product (GDP) is the broadest measure of a country’s economic growth, measuring the quantum of goods and services produced throughout an economy during the pertinent timeframe. As part of the BEA’s first reading of the Q1 2020 U.S. GDP data, the economy shrank by a seasonally adjusted annual rate of 4.8 percent, considerably worse than the decline of 4.0 percent that the economists polled by Refinitiv were expecting. Crucially, this was the first such decline witnessed since Q1 2014. In a worrying development, the current magnitude of the decline in GDP exceeds that recorded during the depths of the Great Financial Crisis (GFC) of 2008-2009. As an illustration, the U.S. GDP had declined by 4.4 percent during Q1 2009.

The BEA was quick to note that:

"The decline in the first-quarter GDP was, in part, due to the response to the spread of COVID-19, as governments issued “stay-at-home” orders in March. This led to rapid changes in demand, as businesses and schools switched to remote work or canceled operations, and consumers canceled, restricted, or redirected their spending. The full economic effects of the COVID-19 pandemic cannot be quantified in the GDP estimate for the first quarter of 2020 because the impacts are generally embedded in source data and cannot be separately identified."

Nonetheless, it should be noted that the GDP reading pertaining to the first quarter of 2020 does not incorporate the full blow to the economy from the ongoing coronavirus (COVID-19) pandemic as the economy functioned in a normal manner for the first two months of the pertinent quarter. Consequently, it will be the second quarter of 2020 that will thoroughly illustrate the depth of the current economic malaise. For instance, Morgan Stanley (NYSE:MS) expects the U.S GDP to decline by a whopping 30 percent in Q2!

"The awful headline number is even worse when you consider that the first two months of the first quarter were relatively normal and this number only includes the March lockdowns."

He went on to add:

"Given that the full lockdowns continued through April and most states are likely to continue at least partial lockdowns through May, that leaves June as the only month in the second quarter that may see a possible return to normalcy,"

The latest GDP reading confirms the fear of the economists that the U.S. has likely tipped into a full-blown recession. Bear in mind that the onset of a recession demands a consecutive contraction in the GDP for two quarters. In another grim sign of the ongoing economic downturn, 26 million Americans have filed initial jobless claims in the past five weeks, indicating that the unemployment rate in the U.S. currently stands at 16 percent and considerably worse than the one recorded during the 2008-2009 financial crisis. Moreover, consumer spending – which constitutes around two-thirds of the U.S. economy – plunged by 7.9 percent in the first quarter of the year amid mandatory business closures and strict spatial distancing measures enacted to curtail the spread of the coronavirus pandemic.