Given that these days I’m getting somewhat long in the tooth, the concept was recently brought up to take a look back at gaming through the ages. I’ve done a fair amount of gaming in my time and as my bio mentions, this goes wayyyyyyyyy back to even the 80’s! But for our purposes here today, the 90’s are a much more relevant era given that this was the time which saw the rise of 3d gaming as well as other industry stalwarts which we know and love today. 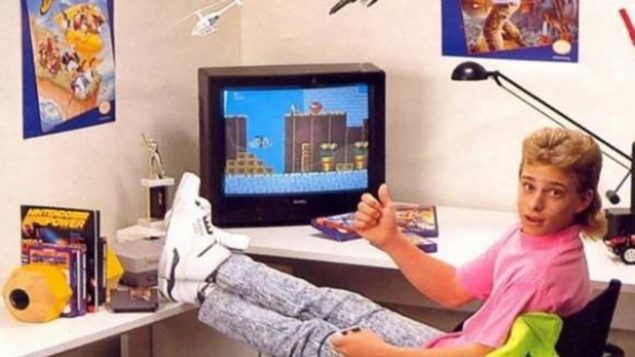 Imagine a time if you will, where the likes of Rage Against The Machine, Champagne Supernova and Smells Like Teen Spirit rocked the world, an era where the magnificence of a song like November Rain with all of its ridiculously broken artistic genius intent could get commercial airplay despite its almost 9 minute track length. The time of Michael Jordan (and then Michael Jordan again!), the Budweiser frogs and wassup ads (it snuck in during Dec ’99!), the Fresh Prince, Seinfeld, Discman, Commodore and Atari, Nintendo and Sega and of course, the humble PC. Print magazines with disks on the cover, demos being a real thing (anybody else remember 2nd Reality??) games coming in big boxes with loads of floppies, before buying your first cd-rom drive and fiddling with mscdex to get Star Wars Rebel Assault working, not to mention the endless faffing with boot disks with customised autoexec.bat, config.sys and emm386 configurations to make sure your games ran.

But what was gaming in the 90’s? Personally, during the 90’s you could say I “discovered” myself as a gamer. Up until the 90’s, I played some text/ascii games as a kid, but during the 90’s I found games that made my jaw drop and my eyes bleed, I was hooked!

Believe it or not, the 90’s in many ways was the grand daddy of many of the games you know and love today. A lot of notable IP was first established in the 90’s including (in no particular order!):

A lot of these games, whether you play the modern incarnations or not, have greatly affected the modern landscape of gaming. This isn’t to say that gaming in the 90’s was all roses. There was system fragmentation on a scale that today only occurs in a devs worst nightmares, new technologies abounded and the seedlings of multi-core computing on the desktop. Yes it was exciting! Even IP/genres which started before the 90’s really came into its own in the decade (think the Falcon series, point and click adventure gaming, Full Motion Video Tex Murphy, the rise of the RTS with Dune II and many others).