You guessed it, the daddy of pretty much all gaming today (Candy Crush doesn’t count, this site is for REAL gamers!) came about in the 90’s. Up until this era, we had the glory of the point and click hand drawn adventure puzzle games, sprite based graphics up the yin yang, rail shooters with pre-rendered backdrops and side scrollers. Everyone these days likes to argue Red vs. Green, but before nVidia, AMD or ATI entered the fray, there was the original 3D vendor that defined a new genre. I’m talking of course about the 3dfx Interactive with their Voodoo series of 3D accelerators and GLIDE API.

Of course we all love the latest and greatest cards of today, but back then, it was ground-breaking. 3D was new, it was hip, it was awesome. This isn’t to say that the developments of today don’t matter, but 3dfx brought real time 3D rendered gaming to the masses. An industry now worth more than Hollywood movies. Think about it. That’s significant my friends.

The Rise of the First Person Shooter

Yes yes, I know. The FPS was around before the 90’s. Arguably however, this is where one of the biggest gaming genres of today received its defining moment (or several of them!) with the shot in the arm that id Software gave it by creating legend after legend, starting with Wolfenstein 3D, carrying on with Doom and then making the shift to proper 3D with Quake. Let us also not forget one of my personal favourites: Heretic, which although was still sprite based on the original Doom engine, was one of the first FPS games to incorporate vertical look and the now ubiquitous power up (anybody else remember the Tome of Power?)

Of course these games don’t hold a candle graphically to the FPS games of today, but there was heart, there was soul, there was gameplay. Life was good.

The 90’s was also the era of simulation. Didn’t matter what your sim of choice was, chances are there was a sim for you. Flight was the obvious with Falcon 3 and Flight Simulator setting some of the initial standards, but it wasn’t all about flying. Car racing? Gran Turismo took the genre to the next level with what many regard as the beginning of a proper simulation capability when it came to cars and tinkering with settings. Golf? Links was for you. The list went on and on. 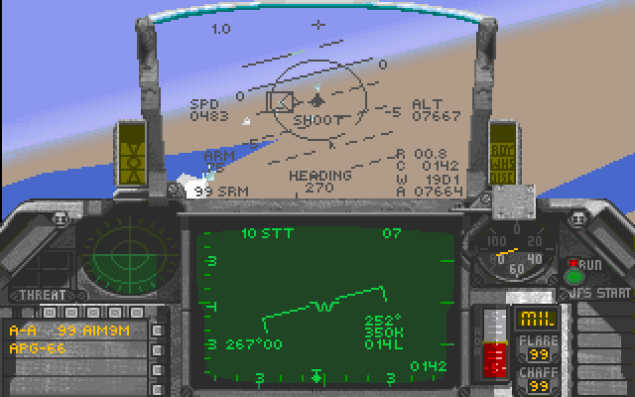 Yes indeed, this was an era of innovation, graphics were important, but gameplay was king. The rise of Molyneux, Roberts, Braben, Meier, Carmack and others left us always wanting more. Whatever your chosen genre was, it didn’t matter, there was something for you here. Want to fly spaceships? Elite, Frontier and the incomparable Wing Commander series of games were for you. Manage a football (soccer for my American compatriots) team? Yep, Championship Manager was your thing. New IP and new genres came and went in the blink of an eye, if it was good it survived, if it wasn’t, it died (I don’t remember Leander on the Amiga getting any sequels…)

Games were simpler in the 90’s. Not as much money, time or effort was needed to make a game which sold as is required today. This meant it was relatively inexpensive to try new things, as a result, innovation was rampant and although it wasn't always good, it led to an explosion in gaming technologies, genres and IP. What a glorious era! As a new game didn't have the huge budgets of today, it wasn't such a risk to create something new, if it failed, back to the drawing board and try again, if it worked? Great! Make more! Risk on investment was pretty low in these days, hence companies were able to innovate more without worrying too much about the games which failed. The traditional "spray and pray" approach, a machine gun vs. a sniper rifle if you will.