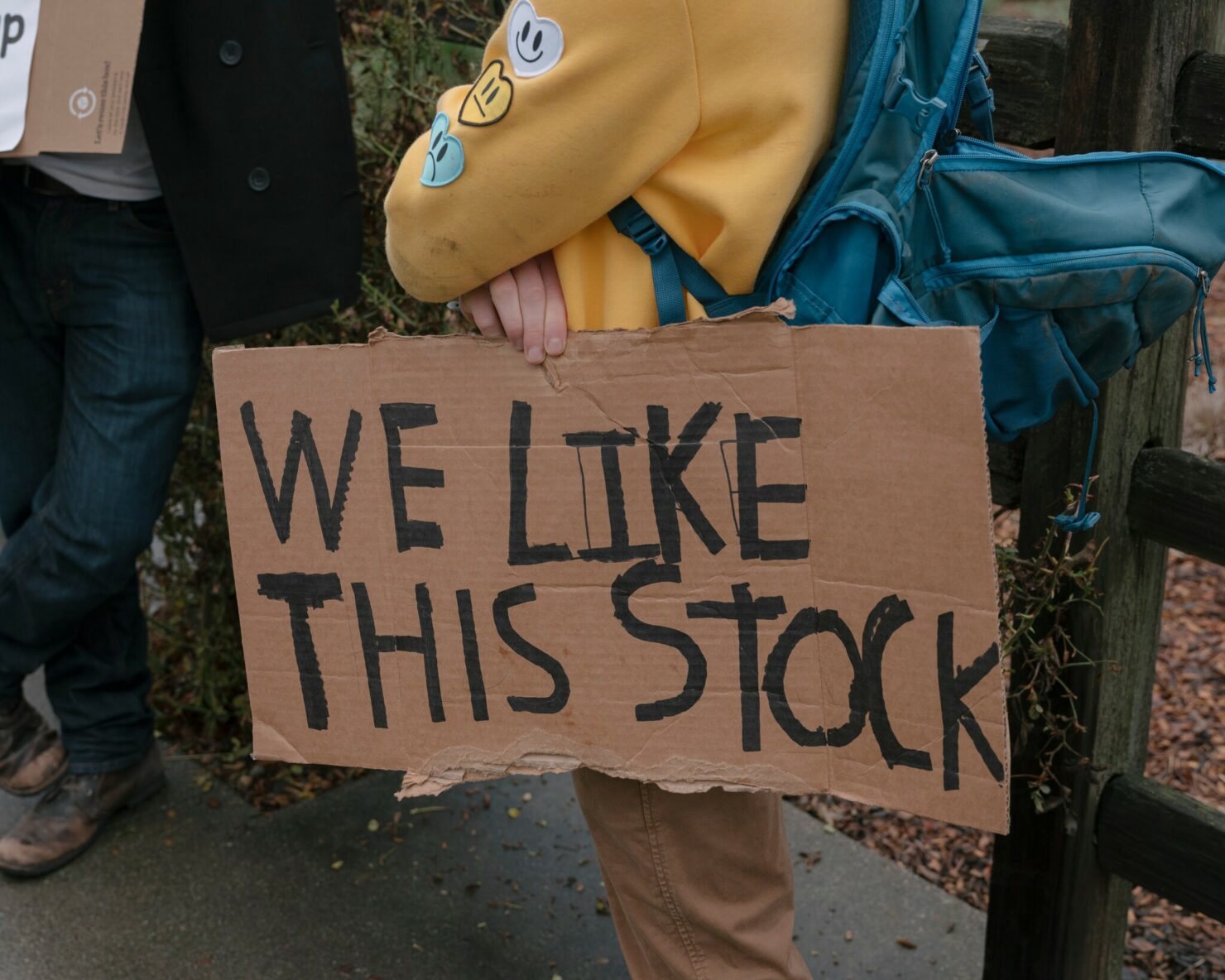 A protestor showing his support for GameStop after trading platform Robinhood restricted the company's shares from being traded in 2021. Image: Ian C. Bates/The New York Times

Video game retailer GameStop Corporation's chairman Mr. Ryan Cohen has lashed out at investors dubbed as short sellers. Mr. Cohen's comments were made on the social media platform Twitter, where he criticized them in a series of tweets that took observers by surprise. His company came into the spotlight early last year when retail investors coordinated on social media platforms to buy GameStop's shares. This resulted in a meteoric share price increase for a company that was facing troubles both with its operations and on the stock market. This then resulted in the short sellers, who bet against a company's share price, incurring heavy losses, with some having to receive bailouts from large hedge funds.

Mr. Cohen's tweets were made late night yesterday and they compared the short sellers to the antagonists in the popular Star Wars franchise.

Short sellers are the dumb stormtroopers of the investing galaxy

Betting against GameStop has incurred the short sellers hefty losses that have touched billions of dollars. According to data compiled by S3 Partners, LLC, these losses amounted to a whopping $6.24 billion by the end of November - a figure that came after the short sellers had recovered more than $1 billion in the month. These losses sat at an eye-popping $7.5 billion by the end of the first half of 2021.

The rise in its share price, which touched an all time high of $325 in January 2021 also resulted in GameStop issuing new shares to raise capital. This resulted in the company generating $1.13 billion in funds in June, allowing it to bolster its balance sheet at a time when it was revitalizing its business model by expanding its presence into the highly growing digital space.

GameStop's chairman continued to share his thoughts about the short sellers, and in a tweet made yesterday, he stated that the U.S. government should use taxpayer funds to crackdown against the bearish investors.

According to Mr. Cohen:

Short selling has proven to be a controversial practice in the financial world, with its critics raising concerns that the act itself causes share price depreciation in the target firm. Its proponents however argue that the practice lets shrewd investors profit from a flailing company, such as GameStop which had struggled to maintain its retail presence in the United States and was regularly closing down stores prior to last year's meteoric share price rise and the ensuing battle between the retail and institutional investors.

GameStop's current chairman was revealed to be its largest investor in September 2020, and his appointment to the board came just before the price rallied last year. He is currently overseeing an operational transformation at the retailer, which involves several changes and new strategies. These include bringing over executives from the online retailer Amazon with the aim to transform GameStop from being a brick and mortar retailer to an e-commerce video game provider.

The Securities and Exchange Commission has proposed new rules targeting short sellers. These include monthly disclosures about positions and are designed to provide a better look these positions play in influencing the market. GameStop's latest earnings report for its fiscal third quarter saw the company miss analyst guidance for earnings per share but beat it for revenue, as it raked in $1.3 billion for the latter.