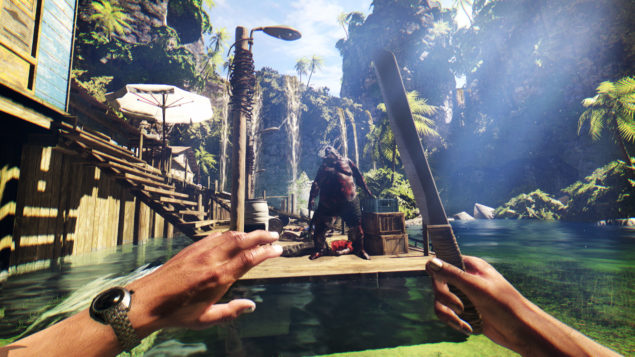 Dead Island and Dead Island: Riptide, along with all the DLC released for both games, will be coming to PlayStation 4 and Xbox One in a bloody big collection this May.

But the devs at Techland are saying this isn't just another remaster. They've brought the titles to their next-gen engine, which offers a host of graphical and performance improvements.

So, in their own words, here's what you'll get for rebuying:

Photorealistic new lighting system
The lighting system in the game has been vastly improved, providing a much more realistic look to the beautiful sunny tropical setting

HBAO and motion blur effects
The introduction of Horizon-based Ambient Occlusion adds an extra layer of depth and realism to the world. Through a better implementation of object shadows, while the all-new motion blur effects will provide a much more cinematic feel to the game experience

Power Fists Power-up
And last but not least, the fan favorite unofficial PC mod will also now be added to both products. Punch your way through the mayhem with craziest power-up, ever.

The compilation collection will be released May 31 both physically and digitally, and will be available for an RRP of $39.99. The games will also be available individually on console stores for $19.99. Side scroller Dead Island Retro Revenge.