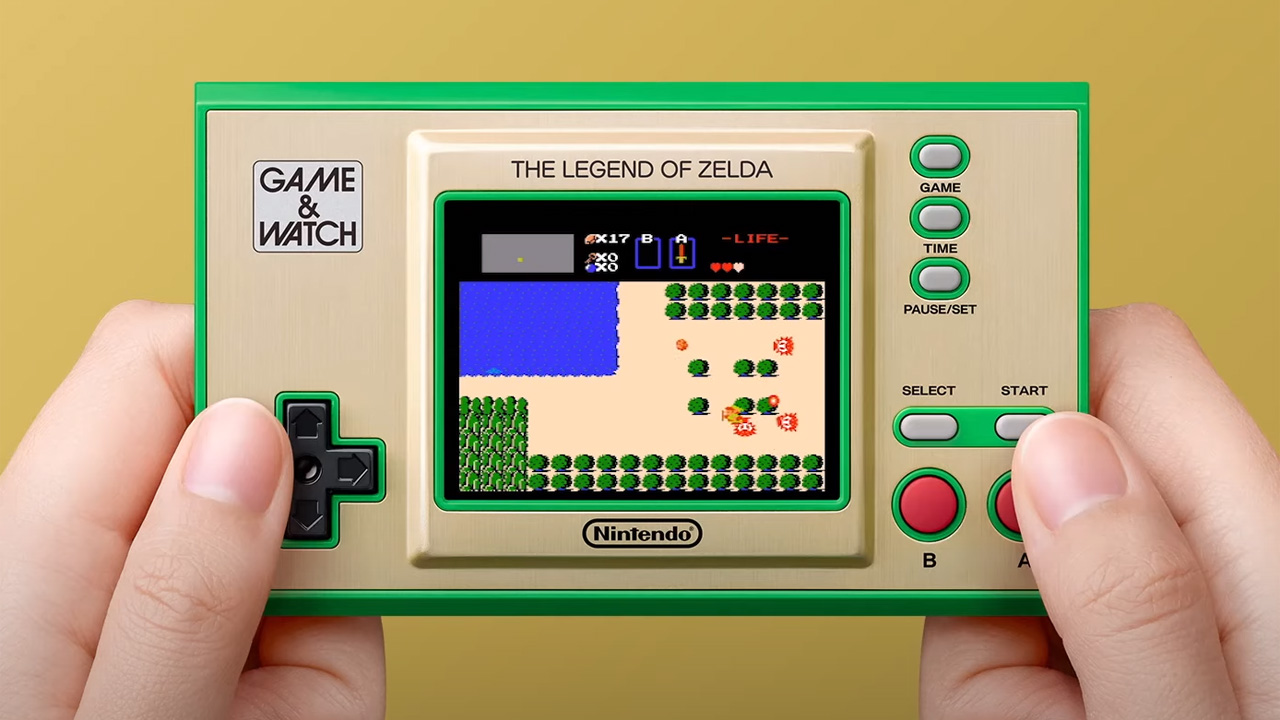 The big Nintendo Direct E3 2021 show has come and gone, and no, the company did not show off the endlessly-rumored Switch Pro, although they did announce one new piece of hardware! In honor of the series’ 35th anniversary, Nintendo will be releasing a Legend-of-Zelda-themed Game & Watch, similar to the Super Mario one they released last year. So, that means you're getting a modern backlit color screen and built-in rechargeable battery in a cute, retro package. Yeah, I know, not exactly what most people were hoping for, but Nintendo’s going to Nintendo.

Game & Watch: The Legend of Zelda ramps things up slightly compared to the Mario, with three games instead of two (The Legend of Zelda, Zelda II: The Adventure of Link, and The Legend of Zelda: Link’s Awakening). You also get a Zelda-themed remake of the original G&W title Vermin and an interactive clock. Check out a quick trailer for the new little portable, below.

Game & Watch: The Legend of Zelda arrives November 12th. What do you think? Any interest in Nintendo's latest retro product? Personally, I'm more into this Zelda G&W than the Mario one, as I'll take any opportunity to replay Link's Awakening (my favorite 2D game in the series) again.