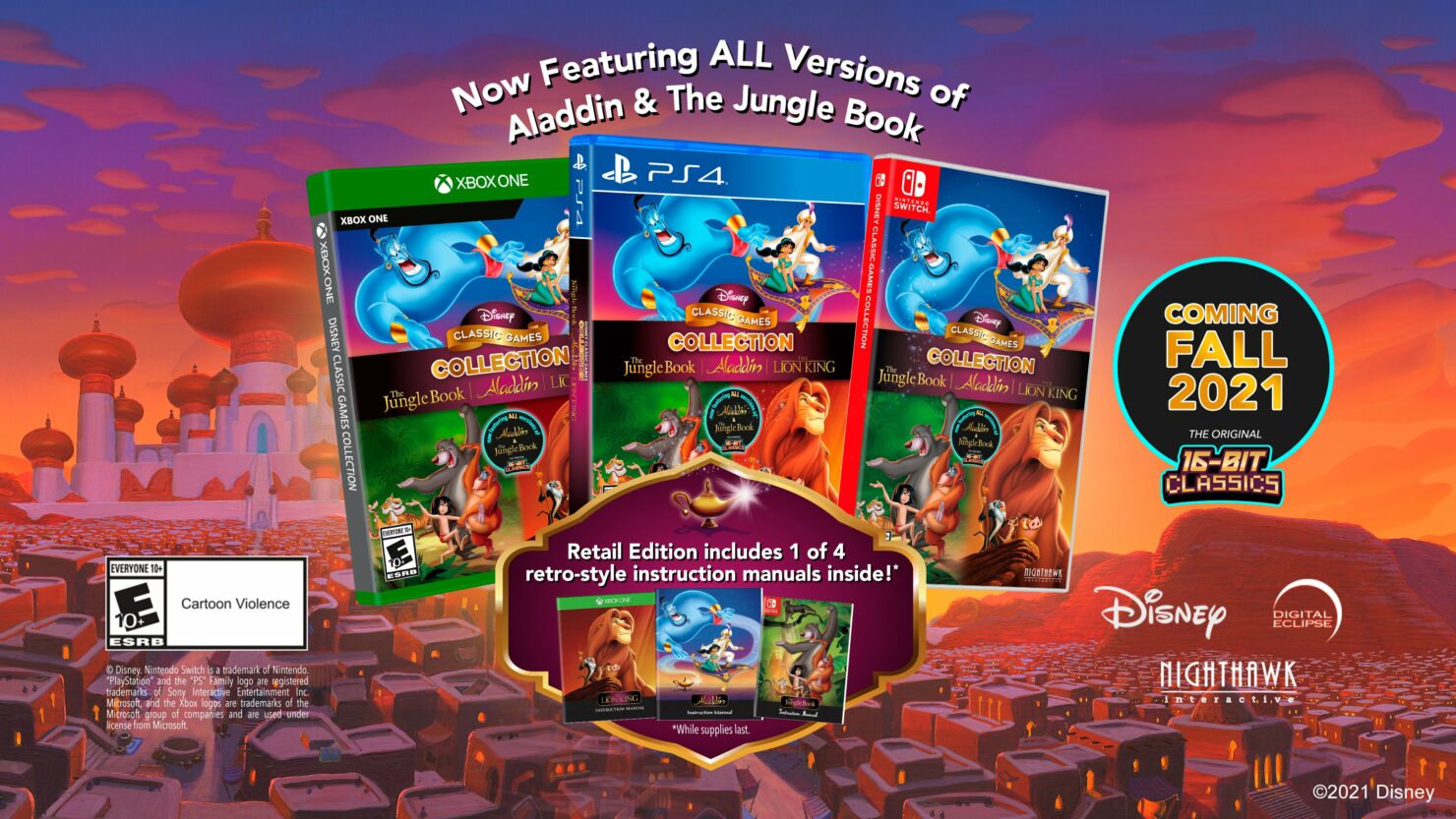 The Disney Classic Games Collection is bringing The Jungle Book alongside Aladdin and The Lion King. Both Jungle Book and Aladdin will get their 16-bit versions (SNES and Genesis) "by popular demand". Nighthawk Interactive also announced that the Collection will be released at some point during this fall.

Disney Classic Games Collection is the latest and greatest compilation of classic Disney games based on some of the most beloved Disney movies of all time: Aladdin, The Lion King, and now, The Jungle Book. An announcement trailer has been made available, and you can watch it below:

This package combines Disney Classic Games: Aladdin and The Lion King with “The Jungle Book and more Aladdin Pack.” Now, you can play all of the critically acclaimed 16-Bit console versions of Aladdin, along with classic games based on Disney’s The Jungle Book. Of course, there will be new features that will enrich the classic experiences even more.

Players will be able to instantly rewind any of the games in real-time to retry difficult areas; view full game playthroughs with the ability to skip forward, jump in, and start playing at any point; and quickly save their progress and continue their adventure at any moment— all with updated visuals and enhancements made for modern TVs.

The Disney Classic Games Collection also brings the museum, which allows players to take a journey behind the scenes and learn more about the creation of these incredible games. Players can watch interviews with the original development teams or explore numerous galleries containing hundreds of previously unreleased HD concept images and marketing assets.

Finally, players will be able to play 16-bit versions of classic songs like “A Whole New World,” “I Just Can’t Wait to Be King,” and “The Bare Necessities” through the Soundtrack feature. The ability to repeat and shuffle the songs is also supported.

The Disney Classic Games Collection: Aladdin, The Lion King, and The Jungle Book will release this fall on PlayStation 4, Xbox One, and PC (via Steam).