Game & Watch is Returning, Will Let You Play the Original Super Mario Bros. In Full Color 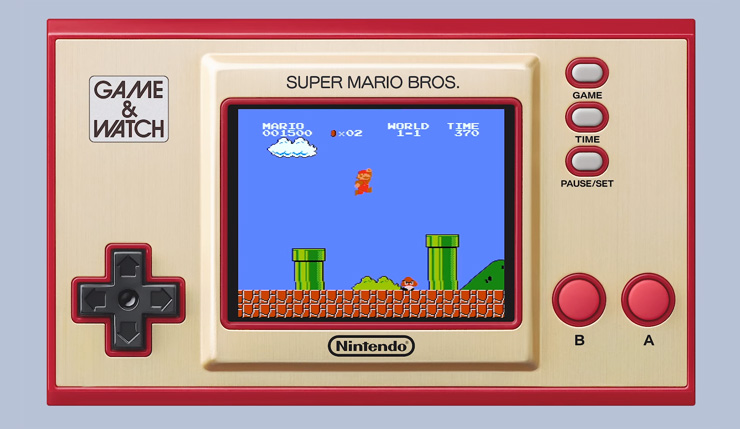 Before the Game Boy, before the NES, there was the Game & Watch. Nintendo’s line of inexpensive portables marked the beginning of their gaming legacy, and in honor of Super Mario’s 35th birthday, they’re releasing an all-new model. Thankfully for our eyes, this new little machine won’t feature old-school LCD graphics, but rather a full-color backlit screen on which you can play full versions of the original Super Mario Bros. and Super Mario Bros: The Lost Levels. Of course, the little machine will also have a clock and a number of Easter eggs to uncover. Check out a trailer for G&W: Super Mario Bros. below.

Admittedly, there’s no particularly good reason to buy a new Game & Watch in 2020. This is a pure nostalgia play by Nintendo, but darnit, they got me! I’ve got a little stack of these babies in a drawer somewhere from my childhood, and I still love them. Seeing full-color on a G&W screen is going to blow my poor old man mind.

Game & Watch: Super Mario Bros launches on November 13 and will set you back $50. Nintendo also announced a number of other games for Mario's 35th, including Super Mario 3D All-Stars and a new Mario battle royale -- get the details here.