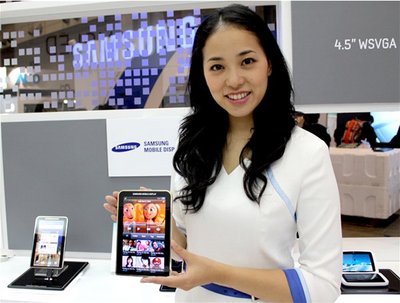 As cellphones grow large in size day by day, the screen quality used is getting more and more important. Gone are the days when a simple LCD would have sufficed. Today manufactures are trying to gain competitive advantage over others through new technologies used in touch screens such as Super LCD, Reality display, Nova display, Retina display and what not. Pretty much every manufacturer has its own trademark name for the kind of screen technology they use. However, agree or disagree, no one has a bigger advantage over others through LCD technology alone than Samsung with its Super AMOLED and Super AMOLED Plus displays. It's the stand out feature in all their cellphones and it makes other manufacturers look in envy. And it's about to get a whole lot better with the arrival of Super AMOLED HD.

We previously told you the rumored Nexus Prime will carry a Super AMOLED HD display with the resolution of 1280x720. The phone is still a rumor, but the display is almost certain to be unveiled by Samsung in the near future. Expect displays up to 5'' and 6'' in diagonal size this fall and 7'' tablets by the end of this year, all using the Super AMOLED HD technology. However this HD resolution is achieved by using the controversial Pentile Matrix technology. Furthermore Samsung will soon be able to overcome demand and supply issues which has plagued all its SAMOLED displays thus far. It is also reported that through fine tuning the manufacturing process, Samsung is able to produce SAMOLED displays which are up to 1.2 times cheaper than their S-LCD counterparts while being crisper and more power efficient.

Super AMOLED is usually a love or hate affair. Some swear by it, some swear at it. But no one can deny the cellphones to be released in the later part of 2011 have gotten a whole lot more interesting.