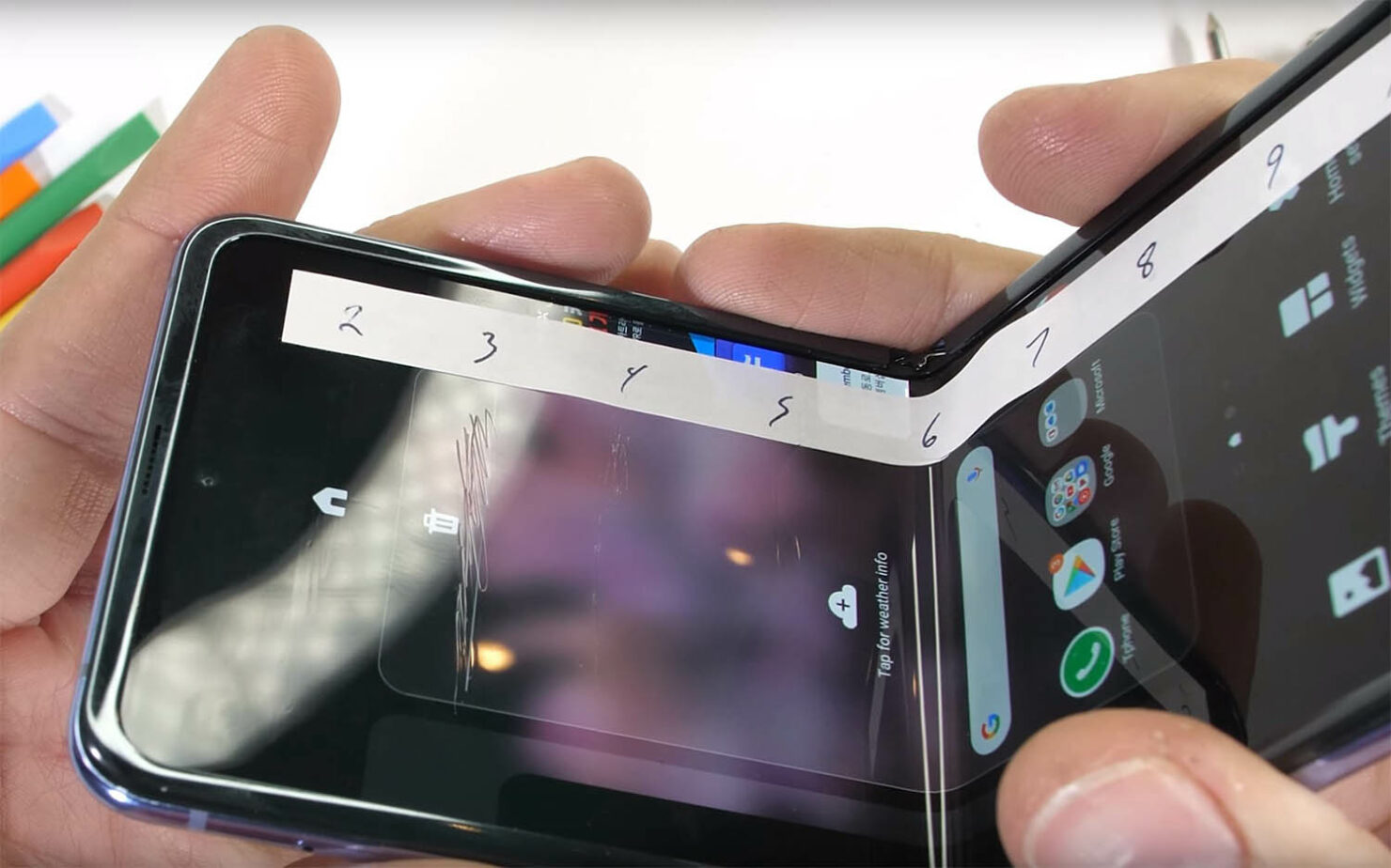 The Galaxy Z Flip, according to Samsung is said to be an improved version of the Korean giant’s foldable handset lineup, as it sports what the company calls a ‘revolutionary flexible glass’. However, a new video raises a lot of questions regarding Samsung’s claim, and when you see it, you’ll know exactly what we’re talking about. Here are the latest details from the Galaxy Z Flip durability clip.

Zach from his personal YouTube channel JerryRigEverything has become somewhat of a legend when it comes to performing stress tests of premium smartphones. His recently uploaded Galaxy Z Flip durability video shows cracks in Samsung’s ‘revolutionary flexible glass’ claims when even a level 2 pick made up of plastic shows marks on the display. Gorilla Glass doesn’t start showing marks until you whip out a level 5 or level 6 pick, so it’s disappointing to see the Galaxy Z Flip doesn’t tout what its maker is marketing.

According to Zach, Samsung is calling the material ‘glass’ but the first half of the Galaxy Z Flip durability clip shows that it’s a hybrid of some kind. He also goes on to perform a resistance test of the side-mounted fingerprint reader, but after a few scratches from the razor blade, it stops detecting anything. At least the gradient back is made of glass, and so is the dual camera’s protective layer.

During the second half of the Galaxy Z Flip durability test, a lighter is held up against the primary screen, and it changes shape. Glass would not morph like this, so it can mean that Samsung is using some form of plastic. On to the bend test, Zach states that this is the most durable foldable phone ever created, but on the third attempt of bending the handset, a small popping noise can be heard, and the rear glass panel cracks, revealing a significant room for improvement when it comes to future iterations.

While it looks like Samsung has made a lot of changes in terms of protecting foldable smartphones, this Galaxy Z Flip durability video should open up some eyes. For one thing, Samsung must change its statement from ‘revolutionary flexible glass’ to ‘hybrid polymer glass’ or something along the lines. Also, Customers who intend to purchase this down the road will now know what they need to watch out for.