[UPDATE] Renowned leaker Evan Blass (@evleaks) has shared 360-degree renders of the Galaxy Z Flip 3 in all colors. The video shows the phone from all angles. You can check these below.

[ORIGINAL STORY]Samsung is all set to release the Galaxy Z Flip 3 and Galaxy Z Fold 3 in the coming months, and we already have had our first official look at both devices, but that look was a subtle one compared to a full-blown one. However, today, we are bringing you a full-fledged Galaxy Z Flip 3 leak that shows the device from all angles and confirms all the colors that the phone will be launching in.

The leak is coming from GizNext, and they have shared all the Galaxy Z Flip 3 in various colors. Just as expected, Samsung is not slowing down with introducing new colorways; this is something we have come to expect from Samsung.

The new foldable looks a lot similar to the original Galaxy Z Flip, but this time around, Samsung is not holding back on giving this one some proper attention. You can look at two of the colorways below. 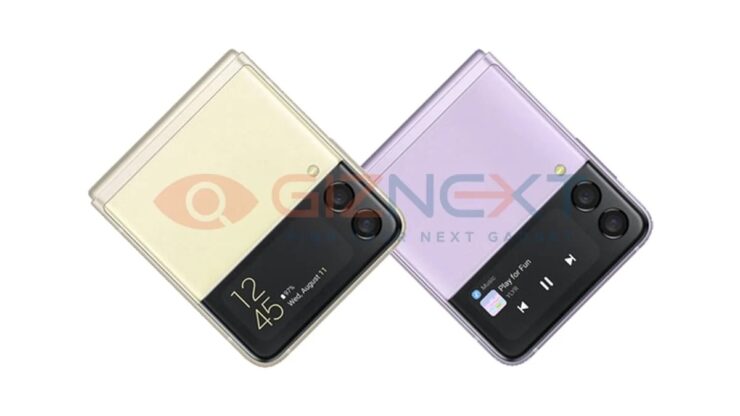 For those wondering, the Galaxy Z Flip 3 is going to release in the following colors.

Now, just like the Galaxy S21 Ultra, Samsung could also keep some of these colors exclusive to their own store, but we are not sure about that.

We are expected to get a 6.7-inch screen with the phone with a 25:9 aspect ratio, and on the rear, you will have a 1.9-inch screen that can be used for notifications and other similar tasks. The phone is said to bring the Snapdragon 888 processor, but at the moment, I highly doubt that Samsung is going to be shipping the newly announced Snapdragon 888+ processor.

We expect Samsung to release both foldable devices on August 3 at their Unpacked event. We will keep you posted as more details emerge about the upcoming foldable devices. For a full look at renders, you can head over here.