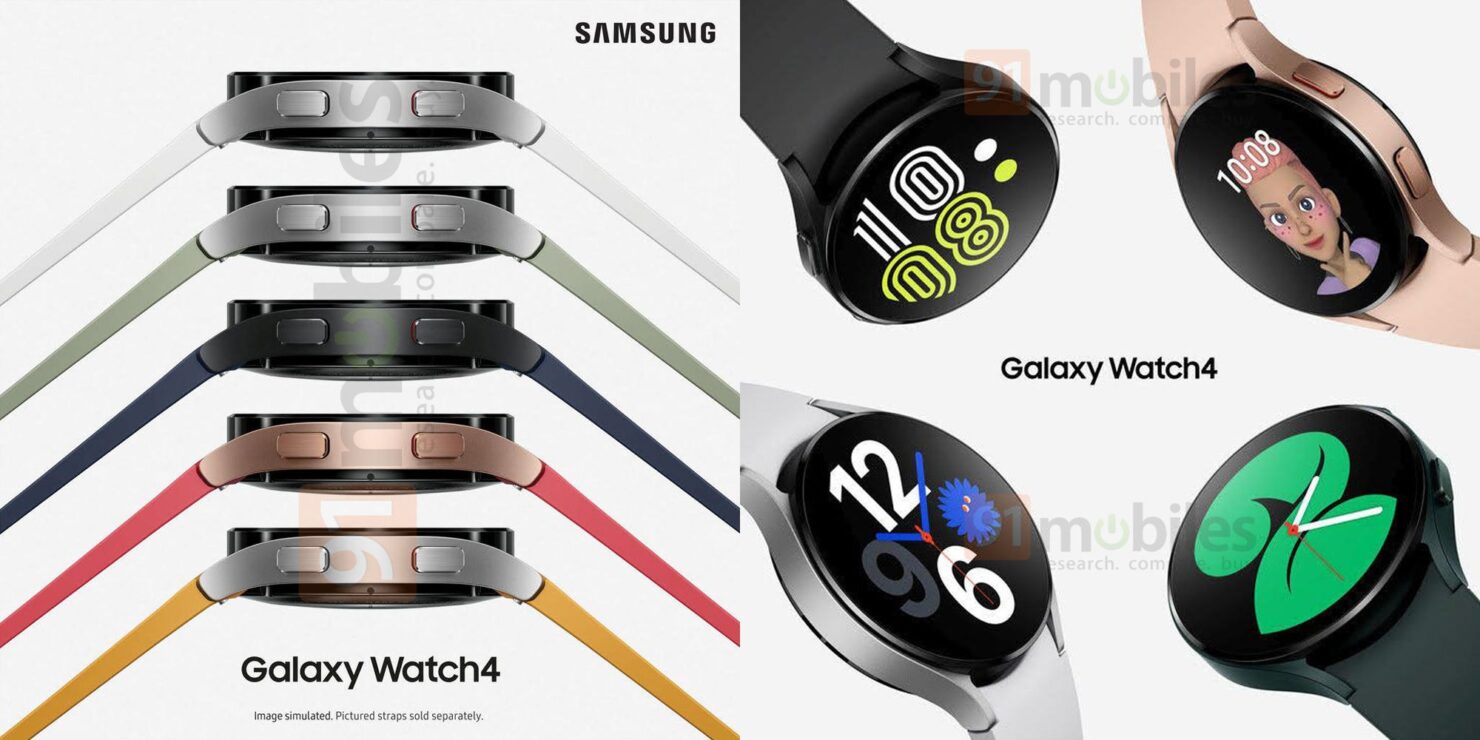 Samsung is expected to unveil the Galaxy Watch 4 and the Active variant on 28th June and release these watches sometime in August when the foldable devices are due for launch, and by now, we have heard quite a lot about the smartwatches. Today, we have our first official look at the upcoming smartwatch and how it looks, and honestly, I am impressed by what I am seeing.

The leak is coming from 91Mobiles, and they have shared the official media photos of the smartwatch that we have all been waiting for. These renders show the device from all angles, along with the available colorways the watch will be available in.

Before we show off the watch, we have to tell you that the Active variant that leaked a few days ago was actually Galaxy Watch 4 all along, and this is the real deal.

Now, the Galaxy Watch 4 looks a lot like the Active 2, and if that is the case, we might not even get a Galaxy Watch Active 4 in the first place. But for that, we will have to wait for the official unveiling rather than believing the rumors at the moment.

For specs, the Galaxy Watch 4 will bring two sizes; 40mm and 44mm. In addition to that, you have 5 metes of water resistance, MIL-STD 810G durability, GPS, Gorilla Glass, and DX+ protection. The Galaxy Watch 4 will be available in black, silver, dark green, and rose gold colorways. Two buttons are located on the edge of the smartwatch.

As far as the software is concerned, the smartwatch is said to be running Google's Wear OS, and we already know that Samsung is working with Google on developing the new Wear OS. This makes me excited, considering how Samsung has an incredible command on its own version of Android. A recent rumor has also suggested that the Galaxy Watch 4 will be equipped with a BIA sensor, but we cannot confirm that since it was not mentioned anywhere in our shared photos.

I am honestly excited to look at the new variant that Samsung is coming up with. Granted, my experience with smartwatches has been less than satisfactory, but this might make me change my mind, and well, this also might revive the jaded Wear OS. Let us know what you think.