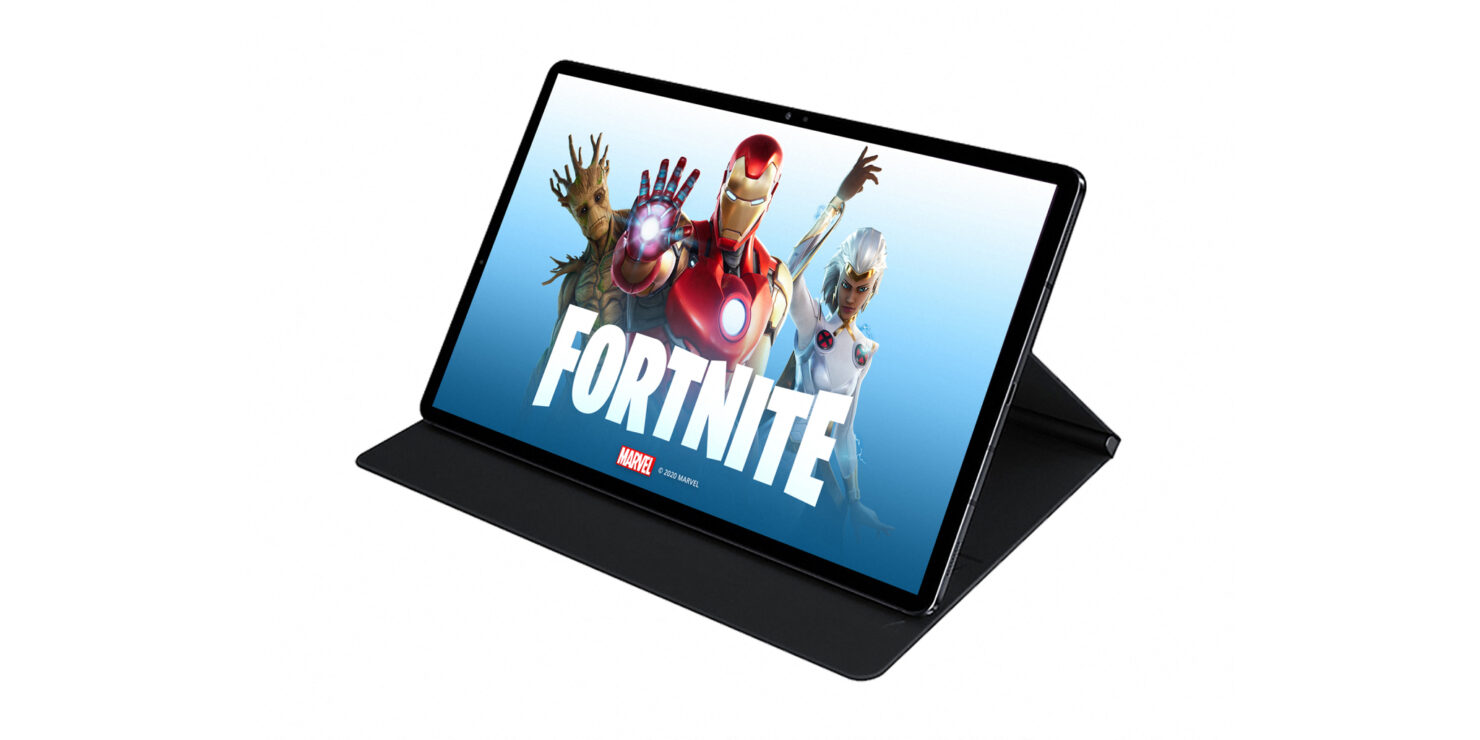 The fate of Fortnite on mobile hangs in balance; the game is still not back on the Play Store and App Store, but that does not mean that the world is going to stop. As a matter of fact, the Galaxy Tab S7 has become the first Android tab that now supports 90 frames per second on Fortnite. This goes for both the Tab S7 and the elder brother which is the Tab S7 Plus.

For those who do not know, the OnePlus already supports this, but the Galaxy Tab S7 series becomes the first series of tablets to support. This feature is coming straight from Samsung and Epic Games, as they have unlocked the feature on both tablets.

While Fortnite is Still Missing from Major Mobile Storefronts, the Game Gets 90FPS Support on Galaxy Tab S7 Series

Starting today, both the Galaxy Tab S7 devices will be able to let you play Fortnite at a higher refresh rate, giving you an ultimately better experience. However, you have to keep in mind that at the time of writing, there is no support for 120Hz. But we are not even sure if there is going to be any noticeable difference between 90 frames per second and 120 frames per second. So, that certainly is one thing that you must keep in mind.

This is what Samsung had to say about bringing support.

Samsung Electronics America, Inc. announced today that starting October 13, 2020, Tab S7 and Tab S7+ owners will be able to level up their Fortnite gameplay experience with up to incredibly fast 90 frames per second (fps). This improved frame rate will provide Galaxy Tab S7 and S7+ Fortnite players their smoothest mobile gaming performance yet.

To start playing Fortnite at 90 fps, Galaxy Tab S7 and Tab S7+ owners simply have to update their Fortnite app or download and install it through the Samsung Galaxy Store*, the only mobile app store in the U.S. where users can download and enjoy the current season of Fortnite.

You have to keep in mind that the Galaxy Tab S7 series isn't the first tablets in theory as the iPad Pro was the first one to receive the support, but they are certainly not running Android, which makes the Galaxy Tab S7 the first Android tablet to support the higher refresh rate.

As far as the fate of Fortnite is concerned, that still is unknown. You can download it from the Samsung Galaxy Store or directly from Epic but that is about it. If you are on Apple, there is no way that you can play the game at the moment and you will have to wait for this one out.