We all agree to an extent that companies who do not end up incorporating MicroSD card slots in their devices are pure evil and follow this approach just to save manufacturing costs and gain a high markup with every unit sold. However, what if these companies are actually looking out to provide us with the best smartphone experience we can hope for? Case in point will be Samsung’s Galaxy S6 duo, which feature killer hardware specs, but are void of a MicroSD slot, which has created a myriad amount of issues for consumers. The following example will probably illustrate as to why companies refrain from incorporating expandable storage slots.

Galaxy S6 Duo Does Not Feature MicroSD card Slots Because These Cards Are Prone To Failure, As Explained By A LG G4 User

Earlier, Hugo Barra, the VP of Xiaomi, stated that the Chinese smartphone firm does not include MicroSD slots in its high-end devices because it reduces their overall performance. At first, we dismissed his claim as nothing more than an excuse to increase markup with each device sold, but now, we are inclined to agree with what he states, only after a customer went through a horrid experience with his LG G4.

According to Sam Mobile, the author switched to a G4 after using a Galaxy S6, since he felt that the device was lacking in expandable storage flexibility. However, his experience after plugging in the storage card was egregious at best. He describes that:

“I’ve been using the cameras on both the Galaxy S6 edge and the LG G4 intensively, and on the G4, I noticed a strange and frankly irritating issue. I set the camera to save photos on the MicroSD card, and right from the get go, I noticed that some photos were getting all garbled up on the G4. Their thumbnails would show up fine, and so would the image when I opened it; a second later though, big grey boxes would start to show up all over the photo. I saw this with around one in every 20 images, but it did manage to ruin some photos that I initially thought had come out great.”

He also went on to describe that although MicroSD cards are very essential, companies should start adding more on-board storage to their mobile products, since they are less prone to corruption as compared to storage cards.

“Those who advocate against MicroSD cards often point out that you can never be sure how long a MicroSD card will last, and whether we like it or not, it’s indeed an important factor. Of course, for most users SD cards last longer than they would need, but when it comes to flagship smartphones, perhaps it is a good thing that Samsung, Apple or Google are only offering built-in storage. At this point, I’m wondering if I should buy a new card for the G4 or just make do with the 32GB of internal storage, a conundrum I would not be in if LG had decided to offer a variant that comes with 64GB of storage out of the box.” 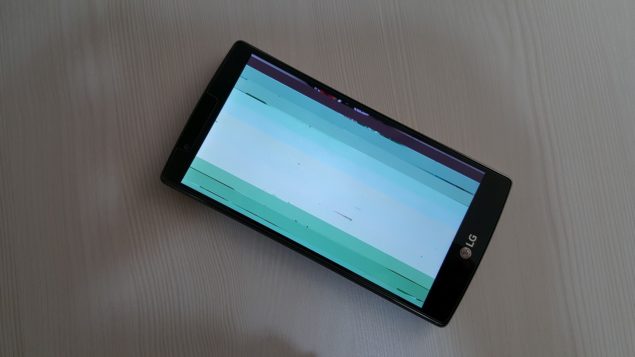 While this is a one in a thousand chance that users experience something like this, storage card manufacturers should exercise more quality control on their products, otherwise us smartphone users will continue to face dilemmas.