Things have started to heat up in the Samsung Galaxy S6 territory, with several price points for the device starting to pop up. After we just told you that the device has been posted online by Dutch carrier Tele2 for zero down payment and monthly subscription charges of around $50 for the 32 GB variant, another source paints quite a different picture for the device. Looks like all those high-end specifications that Samsung's choosing to equip the Galaxy S6 will come with a price - and a hefty one at that. 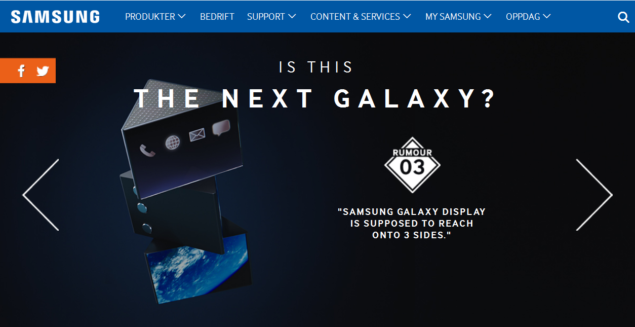 According to a new report published by the British site ArsTechnica, there's a dark side as well to all the details surrounding the Galaxy S6. The device, and its Edge counterpart are expected to come with top-notch specifications on board that'll put any existing, and potentially upcoming flagship to shame. According to the source, the 32, 64 and 128 GB variants of the Galaxy S6 are costing European carriers €749 ($849), €849 ($963), and €949 ($1,076) respectively. If you think these are high, then take a look at what the source claims the Galaxy S6 Edge will cost Samsung.

The Edged variant of the Galaxy S6 will cost carriers $1076 for the 64 GB variant and $1189 for the 128 GB variant. Keep in mind that these prices are Euros converted into dollars, and the pricing for the Galaxy S6 here in the US will be based on a variety of other factors as well. But nevertheless, they do end up providing us another glimpse at what the Galaxy S6 can be expected to cost once it launches. The source of this information further goes on to claim that Samsung's facing low yield rates for the curved display on the Galaxy S6 and that both the devices bear some resemblance to the Galaxy S5. What an interesting turn of events indeed. Stay tuned, we'll keep you updated.