The Korean IT news site, ETNews, reports that Synaptics will supply the advanced touch controller to Samsung that will improve the recognition of hover gestures along with bringing support or passive stylus input. Synaptics is one of the largest human interface solutions suppliers, responsible for producing touch controller for Galaxy S4 and the popular Note 3 previously.

Synaptics advanced touch controller will have the Samsung's high-end Galaxy S5 support passive stylus input. Instead of having a physical stylus - like the S-Pen of Note series - passive stylus are rather an extension of your finger thus requiring the need of better gesture recognition. This will be achieved with Synaptics' touchscreen panel which can recognize stylus tips of down to 2.5pi resulting in finer and better handwriting recognition. 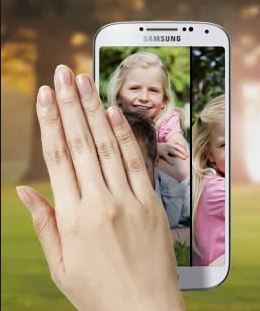 Samsung introduced Air View on its 2013 flagship, the beautiful Samsung Galaxy S4. Air View lets you hover your finger over the screen in order to interact with interface elements, similar to a physical stylus. This latest advanced touch controller from Synaptics will further improve the accuracy of Galaxy S5 air gestures and also wil increase the range of detection.

With Samsung Galaxy S5 confirmed specs, it seems rather probable that Samsung will opt for Passive Stylus in order to let the new flagship stand out from the rest as it has been previously doing. Let's wait to see if the Korean speculations of Samsung featuring passive stylus and improving Galaxy S5 air gestures chime with other industry sources.