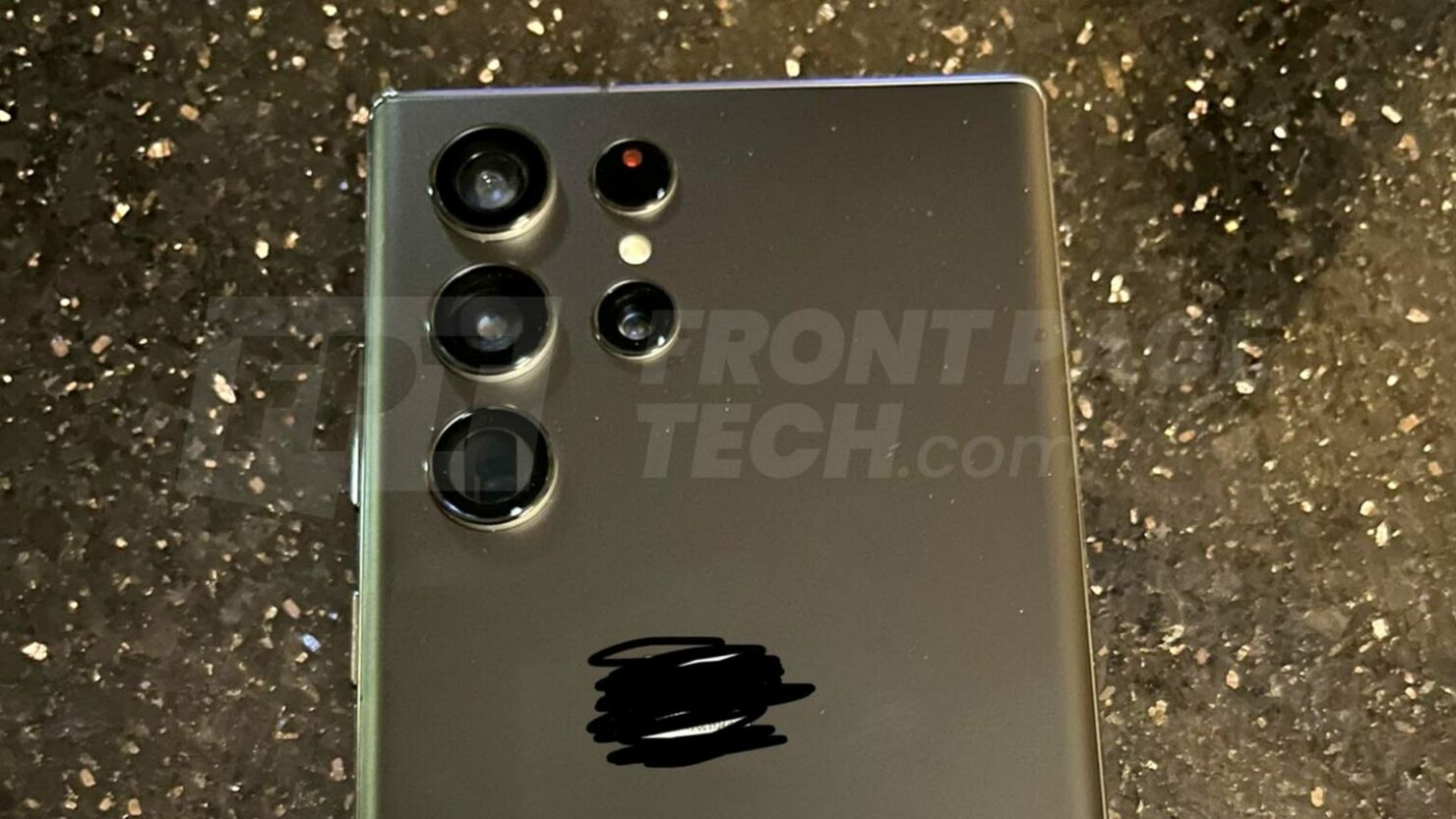 We have been hearing a lot of buzz about the Galaxy S22 series, and well, things have decided to unfold in ways we did not think they would. The first set of live photos for Samsung's upcoming flagship have leaked, showing the Galaxy S22 Ultra in the flesh, and well, it is a lot to stomach.

The Galaxy S22 Ultra is as Much a Galaxy Note as it Could Be, and It's Time We Accept It.

The Galaxy S22 Ultra, as you can see in the real-life photos below, looks a lot like the Galaxy Note than an S device. It is almost as if Samsung decided to pay a visit to the drawing board and decided to rework things all over again. The leak has happened thanks to FrontPageTech, and well, you can gawk at the pictures below.

As you can see from the pictures, we are looking at a device that looks so much like the Galaxy Note 10, but of course, the hardware will be different. The back is a matte finish similar to what we saw on the Galaxy S21 Ultra. You are looking at six circular cutouts for the camera array, the laser autofocus module, LED flash, and a dedicated S Pen slot is also there. It is hard to tell at this point if the back panel is glass or plastic.

The main cameras should comprise a 108-megapixel primary sensor, a 12-megapixel ultra-wide sensor, and two 10-megapixel telephoto cameras with 3x and 10x zoom capabilities. The selfie camera is contained in an Infinity-O display cutout.

The Galaxy S22 series could finally go official in February of 2022, and well, it seems like Samsung will change things drastically.

Do you prefer the design of the Galaxy S22 Ultra, or do you think Samsung should go back to the Galaxy S DNA and keep things the way they were? Let us know in the comments below.