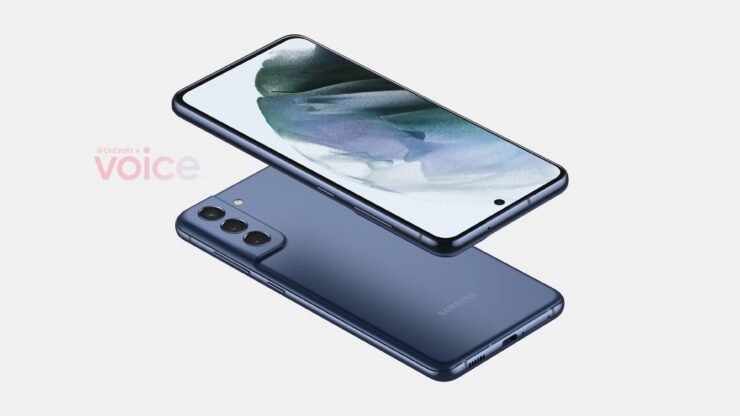 Samsung is launching the Galaxy S21 FE later this year, probably in the second half of this year, and we have had some information on what the phone is going to be about. As far as the looks are concerned, and some other information, too. However, there have been a few details about the phone that have been hidden so far.

For those who do not know, the Galaxy S21 FE will take the best bits of the Galaxy S21 family and will actually squeeze all of it into a more affordable package. This means that you are getting the same great high refresh rate display, triple-camera setup, dust and water protection, Exynos 2100 or Snapdragon 888, and other similar specs. The latest tip that we have reveals what the battery capacity of the Galaxy S21 FE is going to be.

According to a tip from renowned GalaxyClub, the Galaxy S21 FE (SM-G990B) will ship with a 4,500 mAh battery under the hood. The model number on the battery will be EB-BG990ABY, and the official rated number is 4,370 mAh, but Samsung is going to market is 4,500 mAh, which is how things are done normally. For those who don't know, the standard Galaxy S21 ships with a 4,000 mAh battery.

The phone will also bring a larger display at 6.4-inch rather than a 6.2-inch compared to the elder brother. You are getting a super AMOLED Infinity-P panel with FHD+ resolution as well as an in-display fingerprint reader. The Galaxy S21 FE will ship in five colors ranging from grey/silver, green, pink, purple, and white. You are getting a 32-megapixel selfie camera, as well. The phone is indeed going to ship with a plastic back to keep the cost down.

You can also expect the Galaxy S21 FE to come with stereo speakers, 4K/60 fps recording, IP68 rating, and all the bells and whistles. Samsung is expected to unveil the phone in the 2nd half of the year, mostly in August, later this year.