We've got a big report for Samsung's Galaxy S10 lineup today, one which covers all four of Samsung's rumored upcoming smartphones. So far, the majority of leaks have focused on either the Galaxy S10 or the S10+. Others have mentioned a special Galaxy S10 variant with unique features such as ToF sensors and 5G connectivity.  Now, we have a report that combines all these details and provides some new ones too. Take a look below for more.

In addition to providing information for three Galaxy S10 smartphones, reports have also claimed that Samsung might launch a special tenth-anniversary smartphone. Dubbed initially as the BeyondX or Galaxy X, it's claimed by multiple sources that this gadget will feature 5G and ToF camera sensors.

Today's leak is one of the most detailed ones we've had for the Galaxy S10 lineup so far if it isn't speculation based on previous reports. It's from the Chinese social network Weibo, and its source has already shared a battery image for the Galaxy S10 Lite. The source starts by mentioning features that will be present across the S10 smartphones. So let's start from them.

According to WANGXIANG, all Galaxy S10 smartphones will feature either the Snapdragon 855 or the Exynos 9820 as their processor. The devices will be IP68 certified and they will feature 20W accelerated charging (also mentioned yesterday by Ice_Universe). Additionally, the gadgets will come in three storage+RAM configurations. These are:

Looks like those rumors for a Galaxy S10 smartphone with 12GB RAM  and 1TB storage might have some weight behind them after all.

As opposed to this image, the S10's rear cameras will be in a horizontal arrangement.

The entry-level S10 Lite is quite popular on the rumor mill these days. We've seen leaks for its battery and processor provide important details already. Today's report condenses previous leaks for the smartphone's color options, screen size and rear camera specifications. According to it, the S10 Lite will feature a 5.75" display, a side mounted fingerprint sensor and a dual rear camera setup (wide angle + telephoto). Furthermore, the following will be the smartphone's color options:

Moving to the Samsung Galaxy S10, Wang claims that this device will feature a 6.1" full-curved screen with ultrasonic fingerprint recognition. Its battery will be 3500mAh, and the device will come bearing a single front camera. At its back, the S10 will feature a triple camera setup (wide-angle + telephoto + super wide angle). The following are its expected color options: 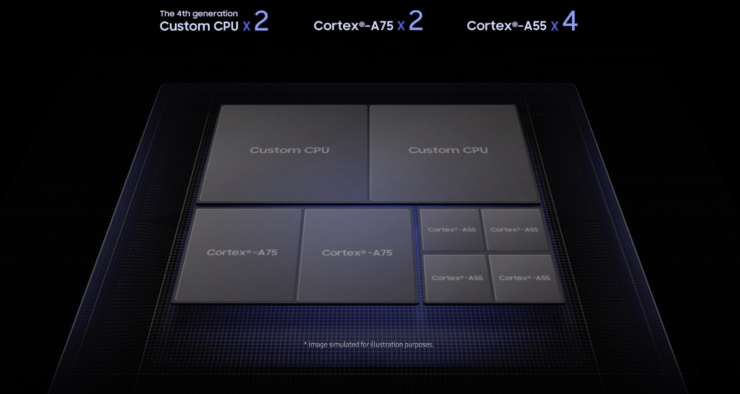 The Galaxy S10+ is a popular device on the rumor mill especially when we talk about benchmark leaks. This gadget's leaked Antutu scores allowed us to conduct a preliminary comparison of today's highest-end smartphone chipsets. While it won't be Samsung's largest S10 variant, the Galaxy S10+ will nevertheless match the Galaxy Note 9 in both screen size and battery capacity. Wang suggests that the smartphone will feature a 6.4" curved screen and a 4,000mAh battery.

Like the S10, it will also feature ultrasonic fingerprint recognition, but it will further differentiate itself from the former through a dual front camera setup. Rear camera arrangement will be similar to the Galaxy S10, although we're not sure about individual sensors and their specifications. Should Samsung choose to keep them same too, then it will effectively differentiate the two gadgets only on the basis of screen size. The following are the Galaxy S10+'s rumored color variants:

Finally, today's report also mentions Samsung's special tenth-anniversary Galaxy S10 variant. As mentioned above, this gadget is already rumored to feature 5G and ToF camera sensors. Both these features are corroborated today. You can rule out Samsung's response to Apple's Face ID on the S10 lineup, as even this 'special' variant will only feature a dual front camera setup.

At its back, the smartphone will feature a quad rear camera setup. This will feature wide-angle, super wide-angle, telephoto and ToF sensors. The tenth-anniversary Galaxy S10 will also come bearing a 6.7" screen and ultrasonic fingerprint recognition. It will be available in a black or a ceramic variant.