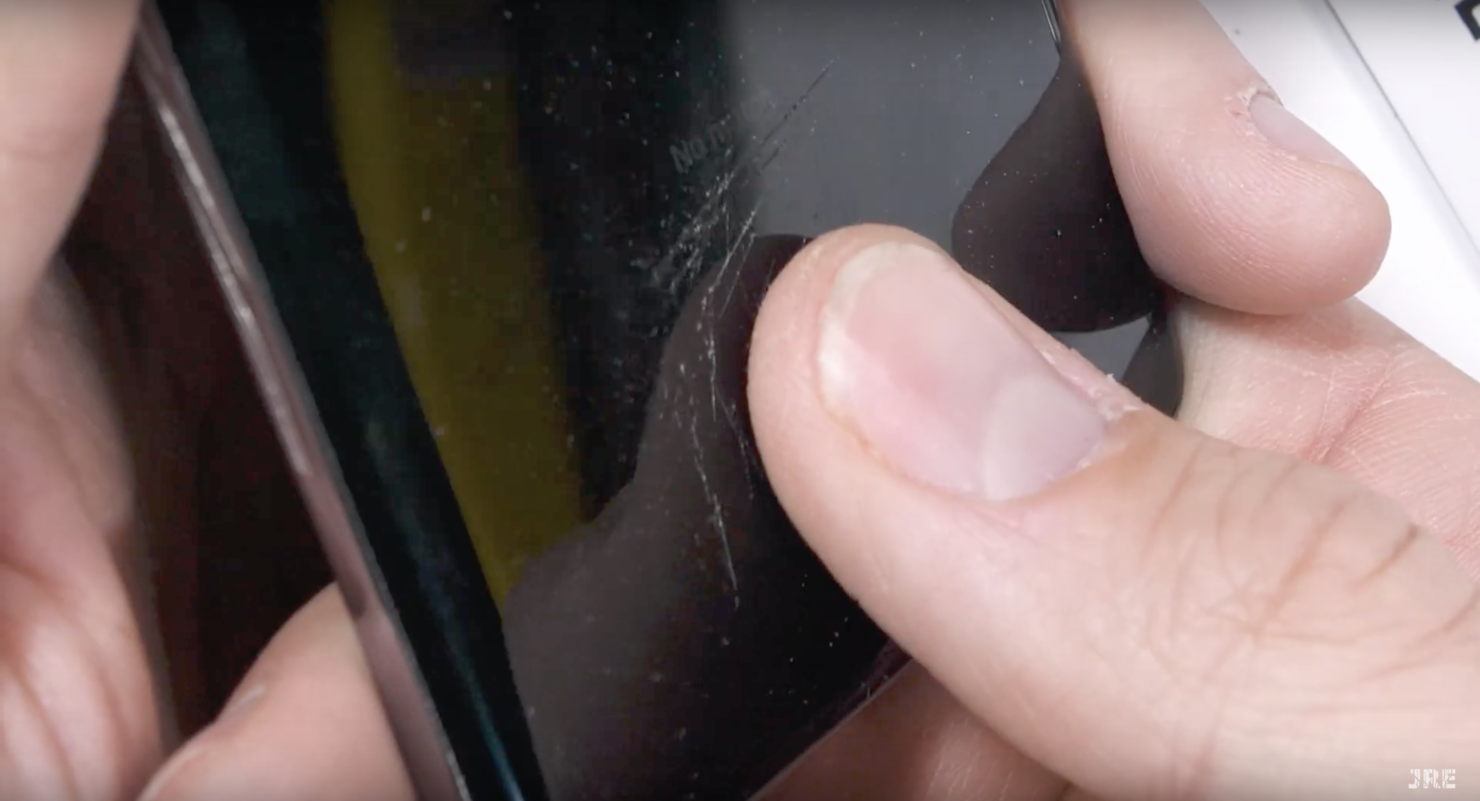 As we move forward in time, our gadgets and technology itself continue to advance at a staggering pace. If you're a layman, then the fact that modern smartphones will have completely removed physical fingerprint recognition wouldn't have crossed your mind just three years back from now. However, with the launch of the Galaxy S10 and Galaxy S10 Plus, Samsung has finally introduced ultrasonic fingerprint recognition with its flagship smartphones.

As the devices will start making deliveries soon, the big question on everyone's mind is - how durable are they? After all, if you're spending close to $1000 on a gadget, you should expect it to withstand some rough use. With this in mind, take a look below for more details.

Galaxy S10 And S10 Plus' Ultrasonic Fingerprint Sensor Will Last The Hardest Of Scratches, But Will Fail If Deep Groves Are Etched Across Display

When it comes to demolishing gadgets (or should we say 'testing their durability'), JerryRigEverything is everyone's go-to-resource. He's made a living out of testing a gadget's durability, by choosing to test its different aspects with tools of varying ratings. Today, it's the turn of Samsung's freshly launched Galaxy S10, and in our opinion, the device fares quite well.

If you've been in tune with the tech world over the past couple of weeks, you'll know that the Samsung Galaxy S10 and Galaxy S10 Plus come with a feature that isn't present on any other smartphone at the moment. The two devices feature a brand new ultrasonic fingerprint sensor that maps an image of the user's finger by emitting sound waves. These result in a 3D imprint being used for biometric purposes. 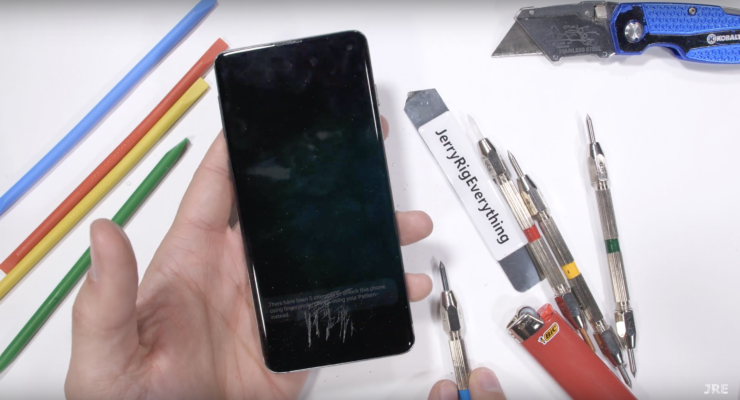 The Galaxy S10's display fares particularly well when subjected to a flame. Despite being exposed to a lighter for 30 seconds, the display does lose any pixels and nor does it stop responding. The display also performs just like it should after Level 5 scratching. However when Zack brings out his number six pick (used to test the durability of sapphire-based displays), not only do we witness deep groves in the S10's display, but the smartphone's Ultrasonic fingerprint sensor also stops working.

Interestingly, the sensor does not stop emitting or detecting the ultrasonic waves it uses to map a fingerprint. Instead, what's likely happened here is that the deep grooves in the screen are distorting the image of the fingerprint that's received by the Galaxy S10's fingerprint sensor. The smartphone's aluminum side also scratches rather easily and so does its back. However, the amount of torture that the gadget is subjected to today is unlikely during the course of normal usage. You can take a look at the full video below.