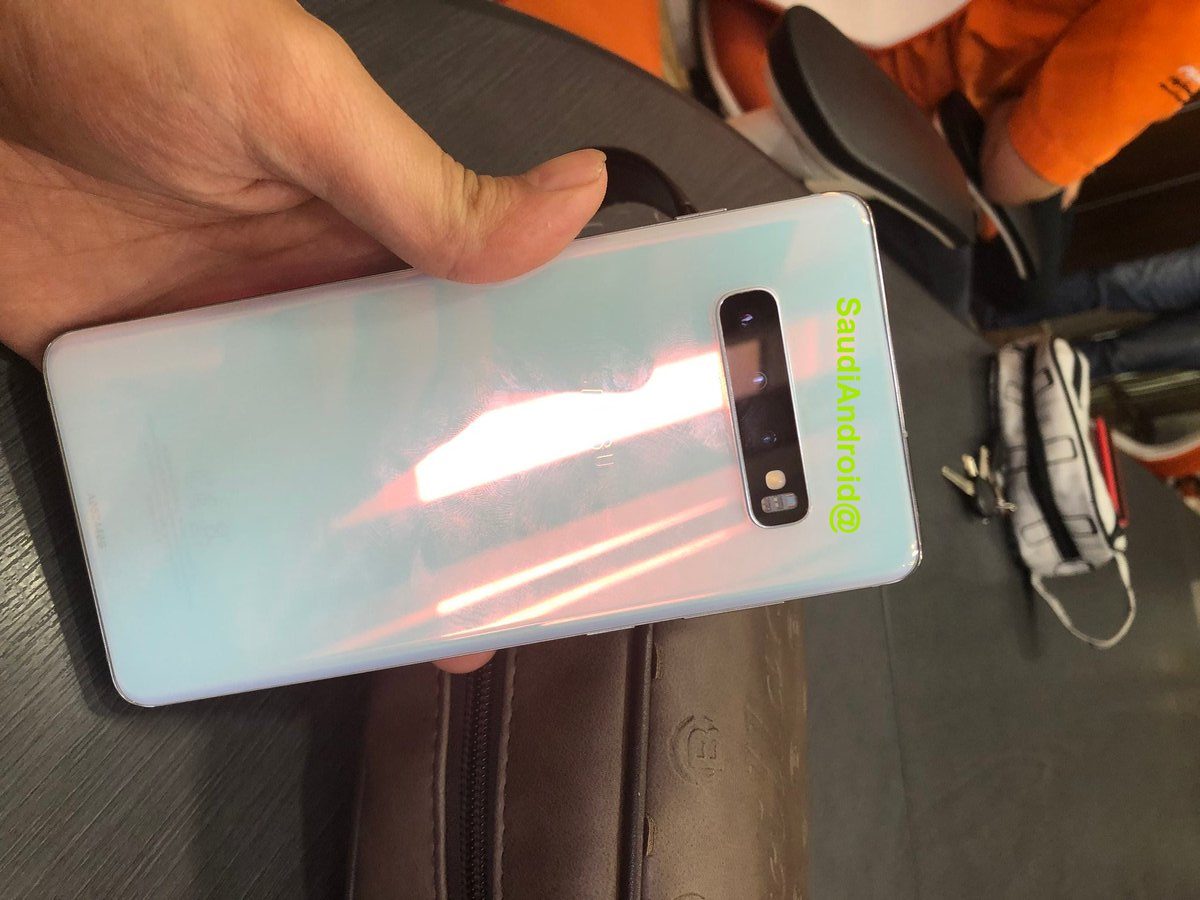 Well folks, with less than a week before their launch, news and leaks for the Galaxy S10 have reached a steady pace. At this point, since it's hard to trace origins of information, it's also hard to differentiate real information from old information with new packaging. Today, we've got four new renders for the alleged ceramic Galaxy S10 Plus variant. Take a look below for more details.

The fact that Samsung might launch a ceramic variant of the Galaxy S10 Plus was first mentioned in November 2018. After that, news for this particular variant died down until live images of this device (in White) surfaced last week. This leak, in particular, is very interesting not only because it has a live image of the alleged White Ceramic Galaxy S10 Plus, but also because the wallpaper that's present in one of the devices in this leak is also present in today's renders.

This wallpaper is also present in Galaxy S10 Plus renders shared by Roland Quandt earlier this month. In fact, if it weren't for the different chassis colors, we'd say that those renders and today's images are one and the same.

Today's leak is from the Twitter user Ishan Agarwal - who's a new entrant to the scene. Ishan's known for his closeness with OnePlus, and he also managed to get his hands on one Pixel 3 XL last year after Google misplaced a whole bunch of them.

Ishan's leak shows two Galaxy S10 variants. One of these is a 'Luxurious Ceramic White', rumored to get 1TB storage and 12GB RAM. The other is a render of the Galaxy S10's Prism White color variant.

Additionally, while we get the front and back shots of Ceramic white in a single image, there's no such image for the Prism White; almost as if someone either wants to leave things deliberately ambiguous or 'couldn't get their hands on' a similar front render of the Galaxy S10.

Apart from giving us an alleged first look at the Galaxy S10 and S10 Plus, today's images mainly serve as a late corroboration for all the details on the device that have surfaced so far. Yes, the Galaxy S10 and S10 Plus will have a triple rear camera setup. Yes, the Bixby button will also be present. And yes, a wallpaper that shows an ocean will be one of the official ones that make it on the smartphones.