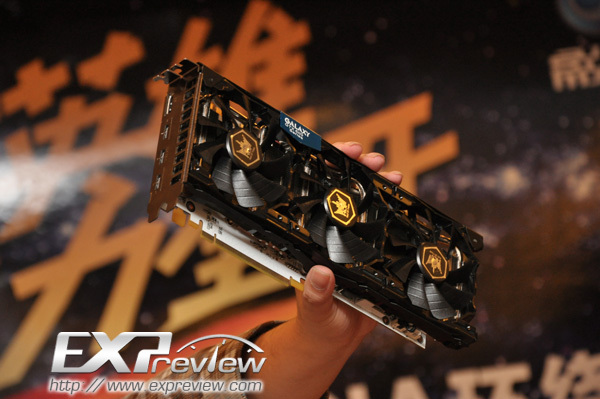 Apart from releasing its Reference GeForce GTX 680 GPU, Galaxy has also been busy preparing two non reference models of the card - The Galaxy GeForce GTX 680 Hall of Fame Edition and a 4GB Variant of the GTX 680. 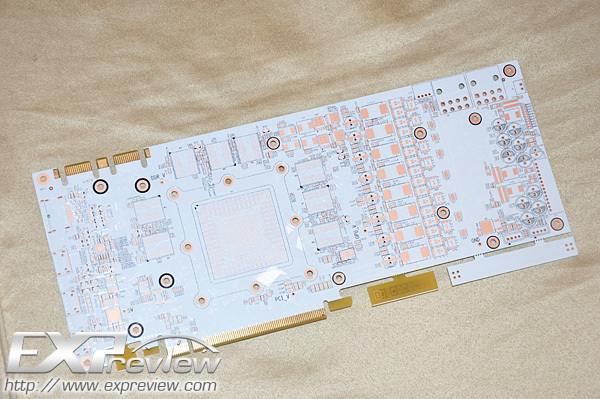 Galaxys's "HOF" marks that the GPU is built using the highest grade components and would feature a huge Factory OC. The Galaxy GeForce GTX 680 HOF features the triple fan cooling design similar to the one seen on the GeForce GTX 580 Multi-Display. It includes a large aluminum block to which heat is carried through several copper heatpipes and air is ventilated through three 90mm fans.

Galaxy is also known for the use of White colored PCB's on its Non-Reference GPU's, The HOF Edition is one of them, PCB is beefed up with a 8+2+2 phase VRM making use of International Rectifier DirectFETs, and high-grade chokes. The card is supplied power through two 8 Pin Connectors (Also seen on Colorful's iGame GTX680). Galaxy has added a GX31 chip which allows for  software voltage control, voltage monitoring, and power-draw monitoring. There's also Dual-Bios and an OC-Panel gadget. 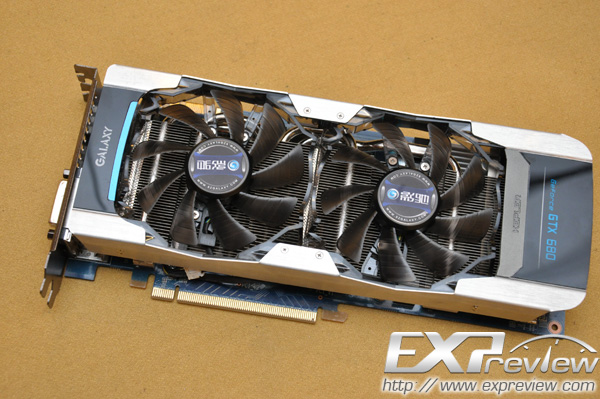 Galaxy is also preparing a 4GB Custom model of the GTX 680, The card also comes with an Factory OC of 1.10GHz out of Box. The card features 16 2Gbit GDDR5 memory chips (Other 8 are located at the back of the PCB). The PCB has a 5+2 phase VRM which is supplied power through 6+8 Pin Connectors.

The cooler feature Dual fans which supply air to the central aluminum fin block. Expect the cards to hit retail soon, They would cost a bit extra over the reference models. 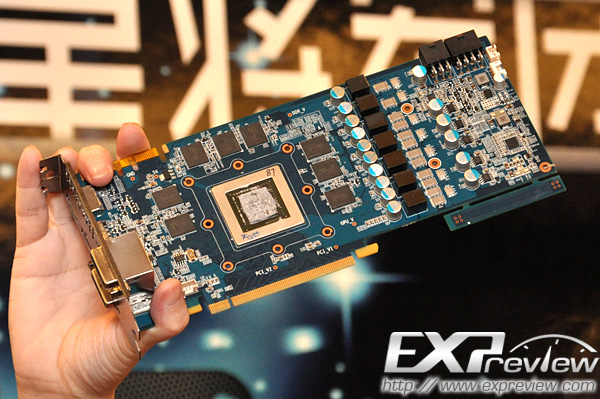 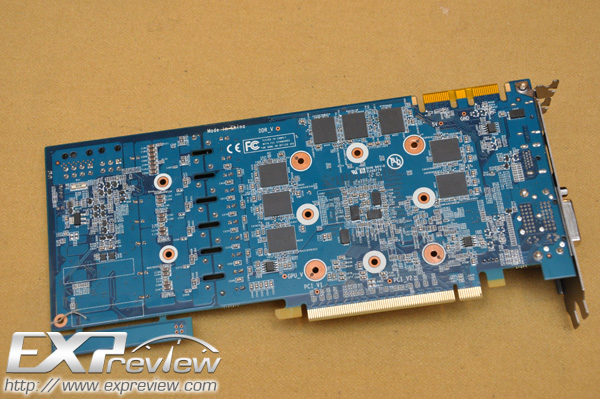 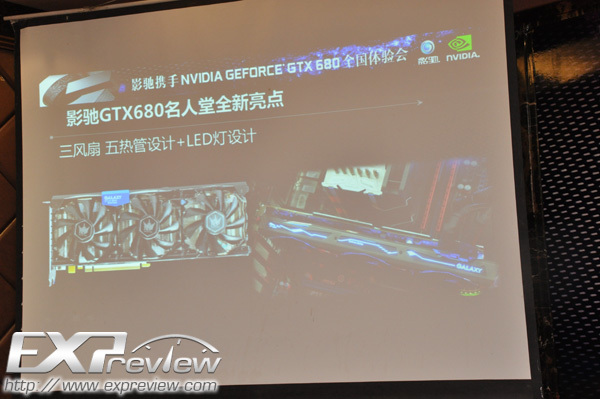 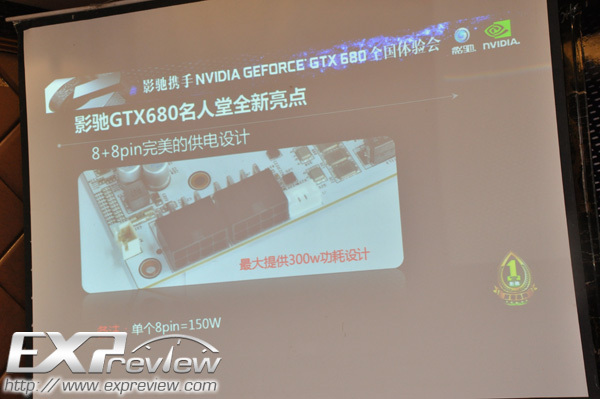