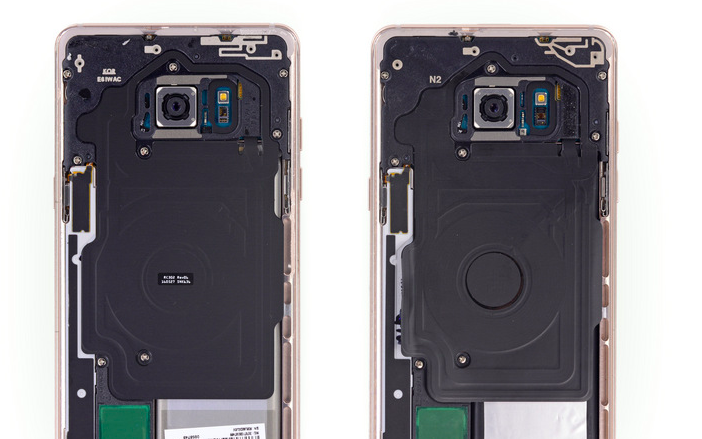 Some major issues plagued the Galaxy Note7, and the deadliest one was its tendency to explode while charging. As fatal as it sounds, the device bruised many users, and in the end, Samsung had to face a major financial downtime by recalling all the units of the faulty device.

Months ahead, Samsung embarked on a new journey - desperately trying to shed the bad publicity that the Note7 had brought to the brand, and it succeeded in doing so, as the Galaxy S8 lineup garnered rave reviews from all around and its bezel-less design was an element of praise. That gave enough courage to the company, and it announced the release of the refurbished version of the infamous Galaxy Note7, renamed as the Galaxy Not Fan Edition.

Today, the famous teardown team from iFixit took the device and ripped it open to find out the components used in it. As expected, the device is a replica of the Note7 but with a new and smaller battery. Samsung has used all the components from the Note7 in the Fan Edition, except for the battery that caused the fury.

In a note about the teardown of the Galaxy Note Fan Edition teardown, iFixit says:

Beyond batteries, we’ve got exactly the same phone: no evidence of the rumored processor bumps, and no surprises. So the Galaxy Note Fan Edition still earns (or rather inherits) a 4 out of 10 on our repairability scale. Well, as long as it doesn’t self destruct. 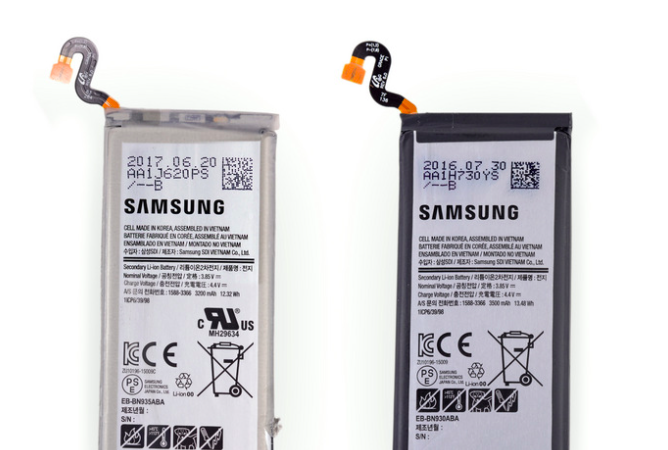 Gearing up for the Galaxy Note 8