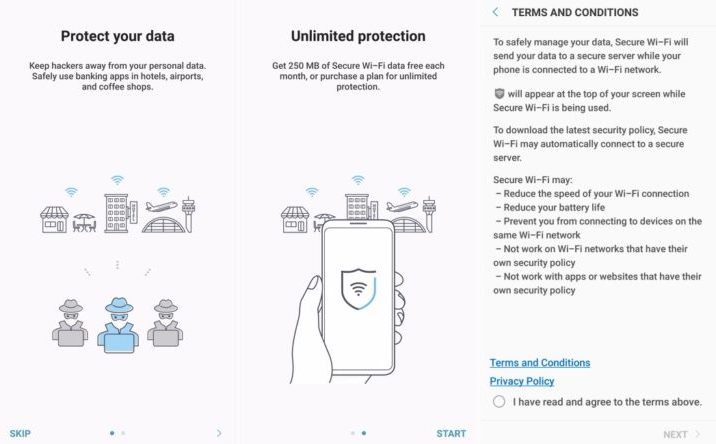 As OEMs continue rolling out for fixes for KRACK vulnerability that targets Wi-Fi’s WPA2 encryption system by opening a portal for attackers to steal data, Samsung has rolled out an update for its Note 8 smartphone too. Today, the South Korean giant rolled out a software update to the Galaxy Note 8 that brings a new service that protects the device against Wi-Fi exploits like KRACK and more. This new service is named as Secure Wi-Fi.

Samsung states that the Secure Wi-Fi service may reduce the speed of Wi-Fi connection and also affect battery life. Besides, it may also hinder the Note 8 from connecting with other devices running on the same Wi-Fi network. Samsung also notes that the Secure Wi-Fi may not work on some websites, networks, and apps that have their own security policy. Folks at SamMobile point out that Samsung may have collaborated with McAfee for the service.

As the introductory offer, Samsung is extending 250MB of free Secure Wi-Fi data every month. There are other paid plans for users who seek unlimited protection. The pricing for the paid Secure Wi-Fi plans starts at $1.18 (€0.99) for 24 hours of service and $2.36 (€1.99) for a month of unlimited service.